The leadership of the Boy Scouts of America has decided to allow girls to join its organization. It’s a terrible idea that should be reversed.

Instead of recruiting girls, the BSA should focus its growth efforts on minority boys in the U.S. They are more likely to live in low-income households, and research from The Girl Scout Research Institute shows that children from disadvantaged families report the most benefits from scouting, particularly in academic performance and being more likely to enroll in college.

My own experience as a Boy Scout was a very formative one, and I later served in various leadership roles for the BSA. It’s an organization that I hold dear.

Last Friday, I was inducted into the national board of the Girl Scouts of the U.S.A., and I agreed to serve because their CEO Sylvia Acevedo is a remarkable leader who is pushing hard to bring scouting to all girls, especially those in underserved communities. I am also very grateful that my daughter is enrolled in a top university’s engineering school as a direct consequence of the Girl Scouts inspiring her to pursue a STEM career.

My opinion that the BSA should reverse its decision to recruit girls reflects my own experience in scouting, and the troubling parallels I see from serving five years as Chairman of the Board of Visitors of the U.S. Air Force Academy. I was present during the implementation of the Congressionally-mandated Fowler Commission recommendations made in response to the military branch’s 2003 sexual assault scandal.

The commission concluded that a lack of “effective action” by leadership in the Air Force was responsible for the organization failing to stop sexual assaults at a U.S. Air Force academy in Colorado Springs.

The horror story I saw at my cherished alma mater, I now see in vivid colors being played out at BSA. If you want to see it too, google three words: Boy Scouts abuse.

In a significant investigation in 2012, the Los Angeles Times used data and case files from 1947 to 2005 to report that approximately 5,000 men and a hand­ful of wo­men were expelled from the Boy Scouts of Amer­ica on “sus­pi­cion of sexu­al abuse.” BSA commented at the time that it had improved its policies over the years, conducting criminal background checks on volunteers since 2008 and reporting concerns about abuse to the police since 2010.

Reports of abuse still come out. Just last Friday, a judge ordered a former Scoutmaster and physician to pay $120 million for allegedly sexually abusing a boy.

For context, this latest judgment is $20 million more than one earlier this year for an alleged victim who testified that he was sexually abused up to 2,000 times from age 12 to 17 by his Boy Scout leader.

The financial impact of abuse within the organization is also dire. “The Boy Scouts of America has seen a dramatic increase in liability lawsuits which has decreased our movement’s financial position by between $40 to $50 million dollars annually since 2010,” a September newsletter by the CEO of the BSA Glacier’s Edge Council explains. It goes on to state, “An increase in the annual membership fee is required to financially stabilize our movement. All the funds generated from the increase will go directly to the National BSA General Liability Insurance Fund.”

Fixing the BSA is not just about straightening out its finances and installing competent management — it’s principally about creating promise for millions of boys in communities across our nation that need a thriving, safe BSA.

While legal judgments, public scrutiny and media attention have apparently not motivated management to effectively tackle this issue, there is one approach that may prove effective.

The Boy Scouts of America is a congressionally chartered organization, and it’s mandated to “submit a report to Congress on the activities of the corporation during the prior calendar year.”

Why hasn’t anyone in Congress demanded answers to this rolling scandal as they did from the Air Force Academy with the Fowler Commission?

President Donald Trump serves as the honorary president of BSA, and five living former U.S. Presidents are all listed on the report to Congress as honorary Vice Presidents. Why haven’t any of these leaders resigned in protest?

They and other members of Congress should also take the lead by appointing an independent panel to investigate and make recommendations on how to fix the Boy Scouts once and for all.

Surely, an organization that has systemically failed to keep boys safe cannot now credibly claim it will create a safe space for girls.

Charles Garcia is a member of the national board of the Girl Scouts of the U.S.A. He was formerly the chair of the Board of Visitors of the U.S. Air Force Academy and is the CEO of the Association of Latino Professionals for America. 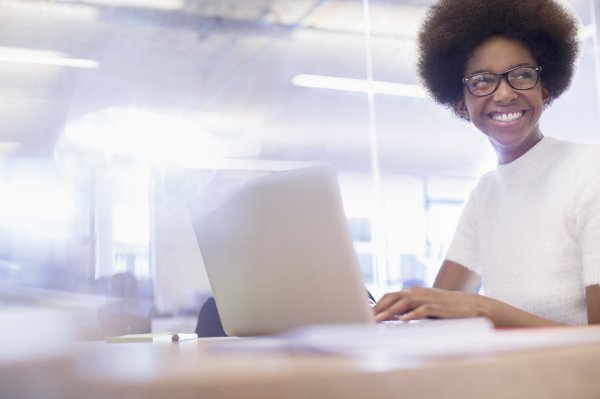 How to Boost Your Confidence at Work
Next Up: Editor's Pick