Mindy Kaling Just Revealed the Gender of Her Baby on Ellen

During an appearance on The Ellen DeGeneres Show on Friday, Mindy Kaling officially confirmed what Oprah already spilled the beans about — she’s having a baby… and it’s going to be a mini Mindy.

The crowd erupted into applause at the news of a baby girl and we’re sure that Kelly Kapoor would be thriving in this moment.

“If anyone is going to announce big news about your private life, Oprah Winfrey is the person,” Kaling told Ellen DeGeneres. “You can’t complain that much about it. And you also can’t be like, ‘Hey, Oprah, zip it’ — because she’s almost like a religious figure. So if there’s one person I have to tell my daughter about that revealed her existence to the world, Oprah is pretty good.” Very fair.

The Mindy Project and The Office star also revealed how her pregnancy has helped her discover some newfound loves. Like sitting. “I think I took a lot for granted before this, now that I’m my current situation — like, sitting. I’m obsessed with sitting.”

News first broke of Kaling’s pregnancy back over the summer and fans went wild because she’s obviously going to be the cutest mom. The comedian recently wrapped filming on the sixth and final season of The Mindy Project, which airs Tuesdays on Hulu.

You can watch the entire video of Kaling’s Ellen appearance above. 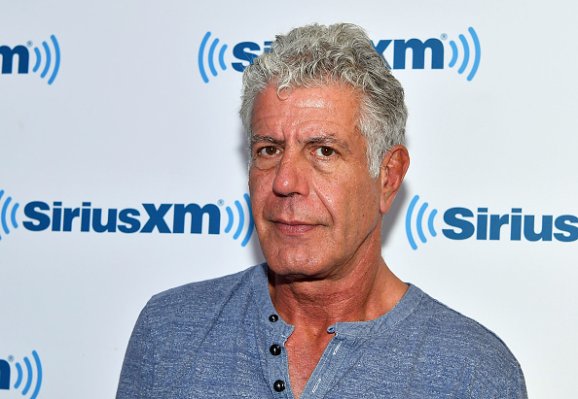 Anthony Bourdain Has Absolutely No Time for 'Elite Yelpers'
Next Up: Editor's Pick