Fanning served as the 22nd Secretary of the Army.

As the 22nd Secretary of the Army, my job was to ensure the Army remained the most effective fighting force the world has ever known. Critical to this effort was the constant recruiting, training and retention of the best people our country had to offer. The strength of the U.S. Army derives not from its technologically advanced weapon systems, but from the intelligence, creativity and ingenuity of the more than one million soldiers currently serving here at home and in 150 countries around the world.

I prioritized guaranteeing that every American who could meet the Army’s high standards had the opportunity to serve. This included changing policies that once prevented women from being assigned to certain combat units and breaking down barriers that forced religious Americans to choose between serving their country or being true to their faith. It also meant acknowledging the existence of transgender service members in the ranks and establishing a framework for their open service.

I know first-hand the need for our military to attract the best talent, regardless of their race, national origin, gender identity or sexual orientation. That’s why I’ve submitted declarations in the legal challenges to President Donald Trump’s harmful decision to ban transgender individuals from serving in the military, including Doe v. Trump, the first case filed against the president’s directive. Our all-volunteer military cannot long succeed, let alone thrive, when it turns away qualified, capable and patriotic individuals committed to serving their country.

Barring qualified transgender Americans from serving is a mistake. Military policy is set by thoughtful and well-reasoned process and review. That is precisely what had been done before the president’s shocking course-reversal — with no justified military-related reasons for doing so.

From 2015 until 2016, the Pentagon conducted a comprehensive evaluation of how the total force would be impacted by allowing transgender people to serve openly. I oversaw the Army’s participation in that process, reviewed the reports and data provided by military and medical experts, and evaluated all relevant evidence regarding how this would affect military readiness, cost, and recruiting.

Based on our findings, we were able to report to Secretary of Defense Ash Carter that permitting transgender people to serve openly in the U.S. military would not pose any significant costs or risks to readiness, unit cohesion, morale or good order and discipline — a conclusion independently shared by my counterparts in the Navy and Air Force.

As a result, and relying on the Secretary’s June 2016 policy change, transgender service members stationed across the world have come out to their colleagues and chain of command. Soon after the policy change, I visited the Army’s Drill Sergeant School, where all active and Reserve component drill instructors receive training. There I met instructor Sergeant Ken Ochoa, who told me he was transgender. Sgt. Ochoa relayed his positive experience in the Army. Although this meeting happened prior to the policy update, his command had been supportive of his transition, already having taken steps to ensure he was able to present authentically and therefore bring all of his talents to his job.

Today, Sergeant Ochoa and soldiers like him fear that, despite the Pentagon telling them they no longer need to lie about who they are in order to serve, their honesty will be used against them to unfairly end their military careers, despite their demonstrated records of service.

Transgender Americans have long served in all branches of the military, and they have done so with honor and valor. Their presence in the force is not a disruption, and providing them with the same medical care we provide every other service member is not a significant budget expense. What is disruptive is ripping transgender Americans out of ready units, wasting the tens of millions of dollars taxpayers have spent on their training, and asking military leaders to focus on executing this purge rather than the challenges posed by North Korea, Russia and terrorism.

Politicizing the military by excluding entire groups of Americans who are qualified to serve makes no sense. Despite the Trump Administration’s recent claim that transgender individuals have not yet suffered harm from the policy, every day this ban is in place, it hurts our service members, causes confusion for commanders and diminishes our force.

Rolling back the clock on allowing all those who are qualified to serve undermines the principle that America is strongest when all of its citizens can see themselves in the military sworn to defend their freedom. I am proud to support the legal efforts of those transgender soldiers, sailors, airmen and Marines challenging the constitutionality of President Trump’s actions and calling for an immediate end to this ban. 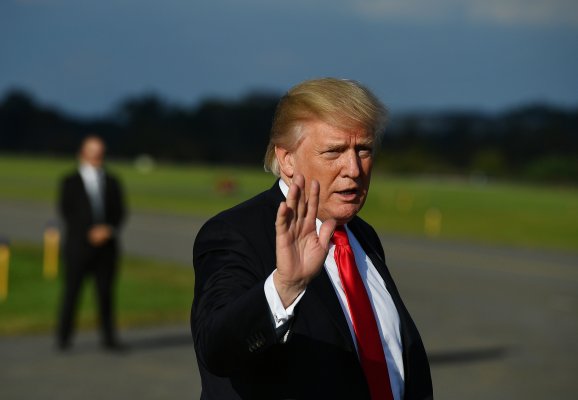 Charles J. Sykes: Where the Right Went Wrong
Next Up: Editor's Pick