This Family Got Kicked Off a Southwest Flight. Then the Father Was Arrested

A family is claiming it was kicked off a Southwest Flight because the kids “were noisy on a flight.”

In a Facebook Live posted from Chicago’s Midway International Airport—where the family was supposed to catch a connecting flight back to their Los Angeles home—father Casey Schilling explained that his family was removed from a flight because the flight crew accused his two children, Gunner, aged three, and Paige, aged 16 month, of being rowdy and noisy. The family denied the charge.

“They weren’t noisy, they went to the bathroom one time,” said Schilling’s partner, Erin Gatling. “A one year old’s not allowed to walk five seats down the aisle by herself? That’s a problem?”

Gatling then wrote in a Facebook post: “Southwest Airlines, will you please tell me why you kicked my family off a plane during our layover and canceled our next flight [because… ‘my] kids were being a disturbance’? They did not cry or scream at all during the flight… My biggest frustration is that no one will tell me what ‘being a disturbance’ means.”

The conflict grew more complicated at the airport. Schilling later told Yahoo that he had been arrested after being accused of “bumping” someone with a stroller. He also said that the family was removed from the flight for recording the officers. Gatling told the site that her partner had been detained at the airport and “charged with battery,” and that they had a court case in November.

“Our flight attendants are responsible for enforcing regulations as well as our policies to ensure the safety of those traveling with us,” Southwest told TIME in a statement. “Our reports indicate customers traveling onboard flight 102 were not following inflight instructions… The customers were unwilling to be approached by our employees in the airport and when the situation escalated, local authorities became involved.”

Southwest said that the family had been issued with a refund “based on the reaction to our attempts to discuss safe travel to their final destination.” The statement added: “The safety and wellbeing of our customers and employees is of the utmost importance to all of us at Southwest Airlines, and we are disheartened by the way this situation unfolded.”

Earlier this year, Southwest came under fire after a California college student said he was kicked off a flight for speaking Arabic on the plane. “Our crew made the decision to investigate a report of potentially threatening comments overheard onboard our aircraft,” a Southwest representative told CNN. 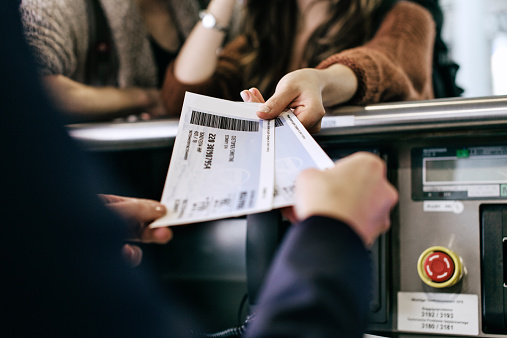 Why You Don't Want to See These Four Letters on Your Boarding Pass
Next Up: Editor's Pick