Actress Jane Fonda said she knew of sexual harassment allegations against disgraced Hollywood producer Harvey Weinstein, and is “ashamed” she did not speak out sooner.

“I found out about Harvey about a year ago and I’m ashamed that I didn’t say anything right then,” the Oscar award winner told CNN Thursday.

The 79-year-old star and women’s rights activist said that she was never targeted by Weinstein, but that her friend, Pulp Fiction actress Rosanna Arquette, was.

“I only met Harvey when I was old and Harvey goes for young because that’s more vulnerable,” said Fonda, who declined to speak on Arquette’s behalf, leaving it up to her friend to disclose details of the allegations.

Arquette is among dozens of actresses who have now publicly accused Weinstein of offenses including harassment, assault and rape. The actress told the New Yorker that in the early 1990s Weinstein had tried to get her to massage him, and when she refused, he grabbed her hand and tried to place it on his crotch.

“He made things very difficult for me for years,” she said.

Sallie Hofmeister, a spokesperson for Weinstein, responded in a statement that all “allegations of non-consensual sex are unequivocally denied by Mr. Weinstein.”

Read more: Mira Sorvino: Why I Spoke Out Against Harvey Weinstein

Fonda said that she did not condemn Weinstein sooner because she didn’t feel it was her place, as the incident did not happen to her. She told CNN of her own encounter early in her career with a French director, who said he needed to see what kind of orgasms she had in order to cast her for a role.

“This [harassment] goes on all the time,” Fonda said.

“If we all talked and told then they’d be too afraid to do it I think, I hope,” she added, though she also said that she fears that President Donald Trump’s election will have an emboldening effect. Fonda speculated that men may think, “our president does it, and he got elected even after people discovered that he was an abuser, so I’m just going to go ahead and do what I want to do.”

During the 2016 presidential campaign, a video was released of Trump making lewd remarks about women and bragging that he could grope them with impunity.

“When you’re a star, they let you do it,” Trump said. Multiple women have accused Trump of sexual harassment or other inappropriate behavior.

On Saturday the President told reporters he was “not at all surprised” about the allegations against Weinstein. 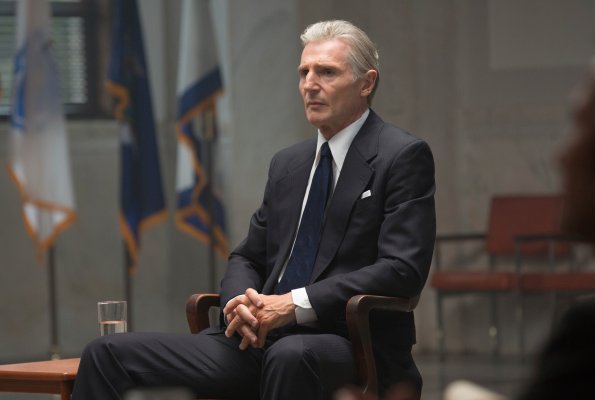 The True Story Behind the New Movie About Watergate and Deep Throat
Next Up: Editor's Pick