Pope Francis said the death penalty is “inadmissible” and called for changes to church doctrine to prohibit it, the church’s strongest comments yet on the controversial issue.

“It must be strongly stated that condemning a person to the death penalty is an inhumane measure,” Francis said Thursday at a conference in the Vatican, CNN reports.

The event was held to commemorate the 25th anniversary of the Catholic Catechism, a guide for teaching church doctrine published under Pope John Paul II, who died in 2005, lending significance to Francis’ suggestion that the rules be altered.

Both of his predecessors, John II and Benedict XVI, spoke out against the death penalty, but Francis’ comments were the strongest yet, calling for possible changes to the Church’s doctrine.

“Doctrine cannot be conserved without allowing it to progress,” Francis said, further recommending that the church’s principles should be allowed to evolve over time.

The Catholic Church currently allows the death penalty but says cases whereby capital punishment is deemed an “absolute necessity” are “very rare if not practically nonexistent.”

U.S. Catholics are strongly divided on the issue: 43% support the death penalty, while 46% are opposed, according to a 2016 Pew Research Poll. 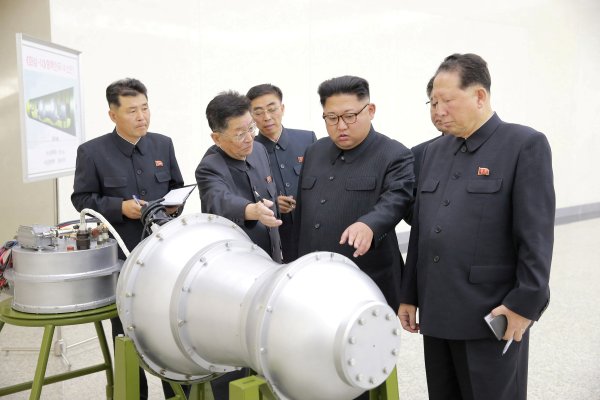 North Korea May Have Damaged Nuclear Testing Site
Next Up: Editor's Pick