Rose McGowan on Thursday named Harvey Weinstein as the studio executive she previously said had raped her.

The actor had discussed her experience with rape in the past, and had said that her assailant was a studio executive, but she told The Hollywood Reporter on Thursday that Weinstein was the man in question. McGowan’s confirmation came after she sent a series of tweets calling out Amazon CEO Jeff Bezos and alleging that she had told Amazon executives about her encounter with Weinstein.

“@jeffbezos I told the head of your studio that HW raped me. Over & over I said it. He said it hadn’t been proven. I said I was the proof,” McGowan’s first tweet said.

McGowan has been a vocal critic of Weinstein and of Hollywood culture in the wake of a series of exposes in the New York Times and The New Yorker that revealed many women accusing the former studio head of sexual harassment and assault.

The Times reported that McGowan reached a settlement with Weinstein in 1997 after an incident in a hotel room during the Sundance Film Festival. She did not comment for the Times investigation, but has since spoken out about her experience, tweeting “Now am I allowed to say rapist” while quoting a tweet from Anthony Bourdain, asking if he could say “rapist” in relation to Weinstein.

Weinstein has previously denied all allegations of rape and sexual assault, and Sallie Hofmeister, a spokesperson for Weinstein, repeated part of that statement to TIME on Thursday. “Any allegations of non-consensual sex are unequivocally denied by Mr. Weinstein,” she said.

A spokesperson for Amazon said in a statement that the company was “reviewing our options for the projects we have with The Weinstein Co.” 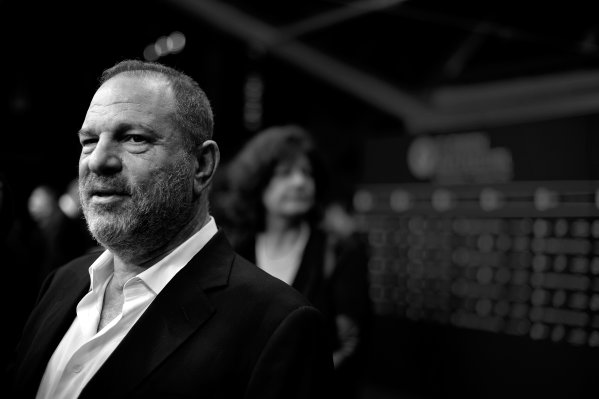 Harvey Weinstein and What Happens Next
Next Up: Editor's Pick