On Thursday, Apple Music and Linkin Park decided to release the Carpool Karaoke video that the rock band and comedian Ken Jeong had filmed together in July, about a week before frontman Chester Bennington’s death.

In the lighthearted 24-minute video, Jeong, Bennington and Linkin Park bandmates Mike Shinoda and Joe Hahn rock out to everything from Outkast’s “Hey Ya” to some of the bands most popular tunes from over their many years of popularity, with Bennington at the wheel. Jeong makes an attempt to convince the guys that he should be added to their band, too. (Luckily, Bennington gives him some singing lessons.)

There’s also some insight into Bennington’s likes and dislikes: he’s a big fan of tacos, is deeply into the game Dungeons & Dragons, and is willing to learn an impromptu dance called the “hot dogs and ketchup,” courtesy of teacher Jeong. He also reminisces on getting paid $4 per hour as a leaf blower in his past, before getting into the karaoke segment with the rest of the guys in a party bus while bedecked in faux flower leis and a feather boa.

In a more serious part of the drive, he reflects on his kids’ interests, including music and songwriting. “I just want them to find whatever it is,” he says of his hope that his children find and follow their passions.

Dedicated to the memory of Bennington, the video also includes a link at the end to the One More Light Fund, established to honor their bandmate. 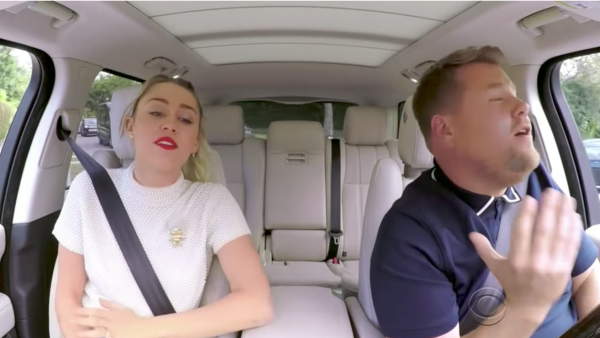 Watch Miley Cyrus Belt Her Heart Out in Carpool Karaoke
Next Up: Editor's Pick