A Picnic at the Border

A picnic takes place on JR’s Giant Picnic, a photograph of the eyes of a Dreamer at the U.S.-Mexico border in Tecate, Mexico, on Oct. 8
JR-art.net
By Charlotte Alter

The Southern border of the U.S. is the site of fraught crossings and tense searches, border-patrol guards and a long promised, not fully realized wall. But lately it’s also been the home of artwork that uses the border as a way to tell a new story about a shared humanity.

In September, the French artist JR installed a monumental photograph of a curious toddler overlooking the border fence between Mexico and the U.S. Recently, on the last day of that installation, JR launched another site-specific project: an international picnic, with hundreds of people sharing a meal across the fence. JR took a photo of the eyes of a “Dreamer,” one of the young undocumented immigrants who falls under the Deferred Action for Childhood Arrivals program. Then he turned the photo into a surface that visitors could eat off: one eye was on a table in Tecate, on the Mexican side of the border, while the other eye was on a tarp in Tecate, Calif. At first, JR thought nobody would show up to his picnic. He wasn’t able to publicize it online, since an advance announcement would have likely resulted in a shutdown by the U.S. Border Patrol, so he had to rely on word of mouth. At 12:30 p.m., nobody was there. “I thought, Oh, maybe it’s just going to be a few of us,” he says. By 1 p.m. there were dozens, and by 2 p.m. hundreds of people had shown up to share the meal.

“The table goes through the wall, and the people eat the same food and drink the same water and listen to the same music,” JR says. “For a minute we were forgetting about it, passing salt and water and drinks as if there were no wall.”

For more of our best photography, visit time.com/lightbox 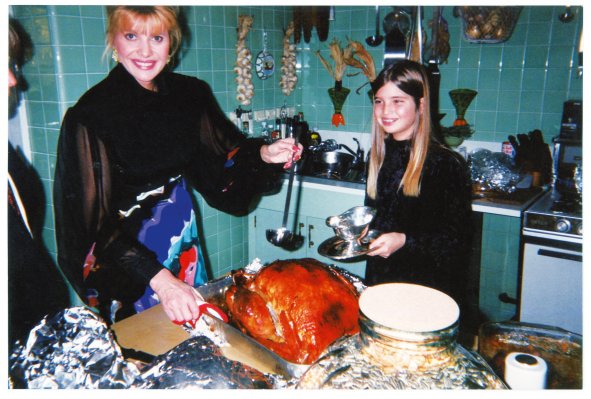 Take a Peek Inside Ivana Trump's Family Photo Album
Next Up: Editor's Pick