Illustration by Michael Korfhage for TIME
By Matt Peckham

On Sept. 29, a new Tickle Me Elmo arrived in online stores–and then quickly vanished. That same day, Nintendo’s new Super NES Classic, a Lilliputian version of the ’90s-era game console compatible with today’s television sets, sold out in minutes. The wee machine proved popular partly because it comes with some 20 classic games built in, including a never-released version of cult favorite Star Fox. But mostly it went so fast because retro game boxes are like fidget spinners for nostalgic grownups.

The $79 Super NES Classic isn’t the first throwback game device by far. A line of plug-and-play set-tops crammed with Atari’s iconic games has been around since the early 2000s. And so-called virtual consoles have allowed players to download halcyon hits to modern Nintendo, Sony and Microsoft platforms through software emulation for years. But it took last year’s impossible-to-find, heavily scalped $59 NES Classic–a mini Nintendo Entertainment System with 30 built-in games, including the first Super Mario and Legend of Zelda–to jolt the category. There’s more to come: Atari announced what it calls an Ataribox, a new console styled after its 1977 Atari 2600 that is designed to run both old and new games. A pint-sized C64 Mini laden with classic Commodore 64 games will go on sale for $69 early next year. At this rate, a miniature Apple II and TRS-80 seem inevitable.

More interesting is why you might want to play a classic game at all, especially if you don’t harbor fond memories from their particular era. Sure, Nintendo mainstays like Super Mario World and The Legend of Zelda: A Link to the Past may look crudely basic at first glance. But playing one in 2017 is a reminder of not only how much they got right about game design but also how much they influenced contemporary titles. The experience is not unlike re-engaging a superlative jazz solo or a half-century-old abstract painting.

Whether you view a system like the Super NES Classic as a portable library of bygone times or just a reminder of how tortuously difficult some of those games were, its popularity makes one thing certain: the game with the longest odds, at this point, is finding one. 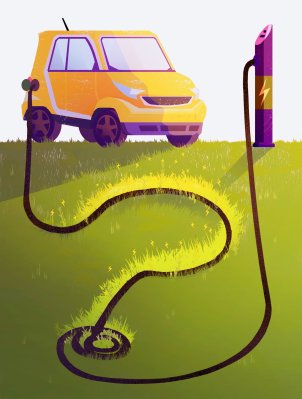 Electric Vehicles Are Here. Now We Need to Figure Out How to Charge Them
Next Up: Editor's Pick