Turkey-U.S. Relations are Going from Bad to Much, Much Worse

For decades, Turkey has been an important U.S. ally. It’s a secular Muslim-majority democracy; a NATO member at the crossroads of Europe, the Middle East and Russia; and a key staging point for U.S. activity in Iraq. In recent days, however, bad blood has been rising on both sides.

On Oct. 4, Turkish police arrested a Turkish employee of the U.S. consulate in Istanbul on espionage charges and accused him of having links to Fethullah Gulen–a Turkish cleric whom President Recep Tayyip Erdogan blames for last year’s attempted coup and wants extradited from his adopted home in the U.S. The U.S. denied the charges and retaliated on Oct. 8 by halting all nonimmigrant visa services for Turks hoping to visit the U.S. Hours later, Turkey barred U.S. citizens from obtaining visas to enter Turkey. This comes after Turkey’s decision in September to purchase a missile-defense system from Russia, an extraordinarily provocative move for a NATO country.

Relations are not likely to improve anytime soon. The first problem is that Erdogan can’t get the Trump Administration to see things his way. The White House won’t give up Gulen, it won’t give unconditional support for Erdogan’s bid to consolidate presidential power, and it won’t end support for Kurdish fighters in Syria whom Turkey considers to be linked to terrorism. Erdogan had grown used to the cold shoulder from former U.S. President Barack Obama, but he hoped things would be different with Trump. Like Russia’s Vladimir Putin, Erdogan is angry that those hopes have been dashed.

The second problem is that, like Putin, Erdogan will probably see his name appear in the U.S. press as part of special counsel Robert Mueller’s investigation of the Trump presidential campaign. Former National Security Adviser Michael Flynn allegedly halted a military plan opposed by Turkey after being paid hundreds of thousands of dollars by Turkish lobbyists. If investigators uncover more details about those allegations, Turkey’s thin-skinned President won’t like the media coverage he gets in the U.S. He’s likely to push for an early election in 2018, and we can expect a resurgence of anti-American rhetoric on the campaign trail.

This diplomatic freeze isn’t yet a cold war. Absent a crisis, Turkey won’t leave NATO and NATO won’t expel Turkey. Erdogan may not admit it, but he knows NATO is a much more reliable long-term ally than Russia, particularly if the Kremlin knows Turkey has no other options. And Turkey is too strategically important for Europe and the U.S. to ignore. But at least until Turkey and the U.S. have new Presidents, the two countries will not be true allies. 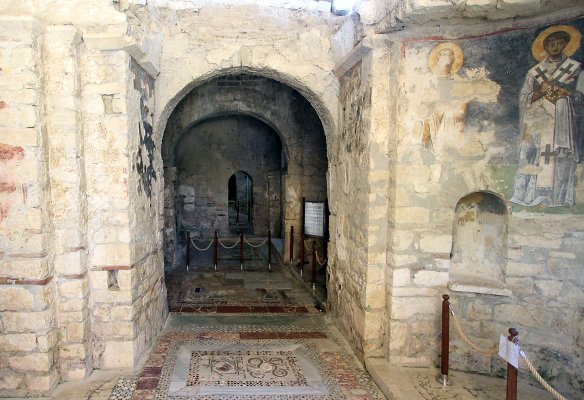 Santa Claus' Tomb May Have Been Discovered in Turkey
Next Up: Editor's Pick