Cara Delevingne Speaks Out on Meeting With Harvey Weinstein: 'I Felt Very Powerless and Scared'

As allegations of sexual misconduct against Harvey Weinstein continue to pile up, Cara Delevingne spoke out about what she said happened when she was summoned to a meeting with the powerful Hollywood producer.

In statements posted to her Instagram on Wednesday, Delevingne said Weinstein told her early in her career that if she was gay or “decided to be with a woman especially in public,” she would not make it as a successful actor in Hollywood. Delevingne said that a year or two after that conversation, she went to a meeting with Weinstein at a hotel lobby and was invited to his room. She declined at first, but ended up going after an assistant told Delevingne her car was not ready, she said.

Another woman was in the room, Delevingne said, and Weinstein asked them to kiss. To “make the situation better” Delevingne said she began to sing instead, in the hopes of creating the more “professional” atmosphere of an audition, and then said she had to leave.

“He walked me to the door and stood in front of it and tried to kiss me on the lips,” Delevingne said. “I stopped him and managed to get out the room. I still got the part for the film and always thought that he gave it to me because of what happened. Since then I felt awful that I did the movie.”

Delevingne’s description of her experience with Weinstein, who was fired from the Weinstein Company Sunday, comes amid mounting allegations that the producer has sexually harassed numerous women over decades, as the New York Times first reported last week. Two new pieces published this week in the Times and The New Yorker highlight claims of rape, sexual harassment and assault from actors including Asia Argento, Gwyneth Paltrow, Angelina Jolie and Lucia Evans. Actors Mira Sorvino and Rosanna Arquette have also come forward with sexual harassment claims against Weinstein, and celebrities who have worked with the producer have condemned his behavior, including Meryl Streep and Judi Dench.

Delevingne said she had felt guilty and fearful following her encounter with Weinstein, and she is relieved to have shared her experience publicly.

“This is only the beginning. In every industry and especially in Hollywood, men abuse their power using fear and get away with it,” she said. “This must stop. The more we talk about it, the less power we give them.” 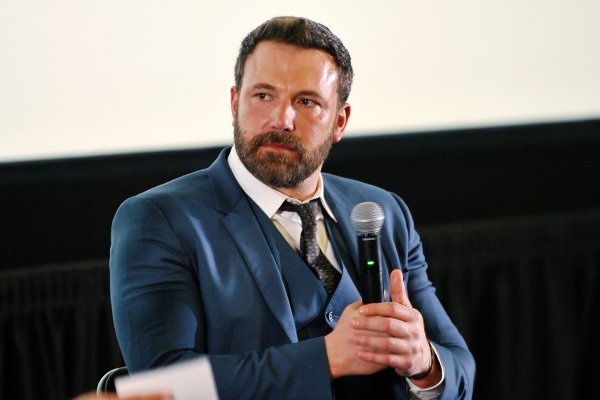 'I Am Saddened and Angry.' Ben Affleck Speaks Out Amid Harvey Weinstein Sexual Assault Allegations
Next Up: Editor's Pick