Dawn rising on muddy, horrific battlefield of Passchendaele as soldiers tend to the dead during WWI.
Time Life Pictures / The LIFE Picture Collection / Getty Images
By Olivia B. Waxman

On Thursday, Prince William will be one of many commemorating the centennial of a particularly gruesome attempt to seize Passchendaele Ridge in Belgium from the Germans.

Fought by troops from Britain, Australia, New Zealand, Canada, France and Belgium, the battle was part of a four-month campaign known as the Third Battle of Ypres, in which about 500,000 men died between July 31, 1917, and Nov. 10, 1917.

The casualty count was compounded by waterlogged conditions on the ground due to heavy rains and a drainage system busted by bombardment. Many of these victims (and horses used to transport supplies) drowned after being sucked in by a muddy version of quicksand, as one eyewitness, Jack Dillon, later described the substance.

“Passchendaele” has since been used as a general term for conflicts in horrific weather conditions.

For instance, a TIME article during the second World War compared scenes of Canadian troops wading through mud during the Battle of the Scheldt in Belgium in fall 1944 to Passchendaele, which a Canadian historian George M. Wrong described to the magazine as “perhaps the most hideous fight in the whole war.”

And though the ridge would end up being captured about a month later, overall, the campaign has been considered a strategic failure, so it has often been a point of comparison for defeat. In TIME’s July 13, 1981, cover story on Vietnam veterans, a section about critics of the war references perhaps the most famous quote associated with Passchendaele: “Lieut. General Sir Launcelot Kiggell saw the thing honestly. He looked out at the mud-soaked fields, burst into tears and muttered: ‘Good God, did we really send men to fight in that?'” 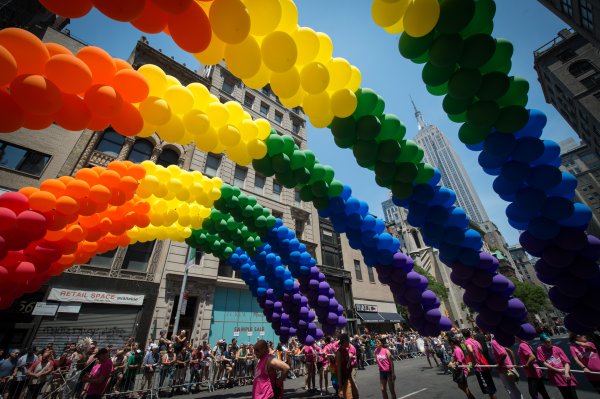 The History Behind Why We Say a Person 'Came Out of the Closet'
Next Up: Editor's Pick