The Dalai Lama Says the U.S. Is More 'Selfish' Under President Trump

Tibetan spiritual leader the Dalai Lama sits on his ceremonial chair as he prays before beginning a religious talk at the Tsuglakhang Temple on Oct. 6, 2017 in Dharamsala, India.
Shyam Sharma—Hindustan Times/Getty Images
By Katie Reilly

The Dalai Lama said recently that he is concerned that the United States is becoming more “selfish, nationalist” under President Donald Trump.

When asked by the Washington Post about his current view of the United States, the exiled Tibetan spiritual leader said: “Your ancestors really considered the importance of liberty, freedom, democracy, these things . . . The present President, in the very beginning he mentioned ‘America first.’ That sounded in my ear not very nice.”

The Dalai Lama said that after the U.S. presidential election last year, he had “no worries” about Trump’s controversial campaign rhetoric, predicting that he would behave differently in office.

But speaking at a forum hosted by the Tibetan government-in-exile on Saturday, the Dalai Lama said he was concerned by Trump’s approach to climate change and military growth, according to the Post. The Trump Administration has rolled back environmental regulations aimed at stopping global warming, and Trump continues to threaten military action against North Korea.

“The present President is not much paying attention to ecology. So on that, I feel some reservation,” the Dalai Lama said. “But anyway, the American people elected him, so I must respect [that].” 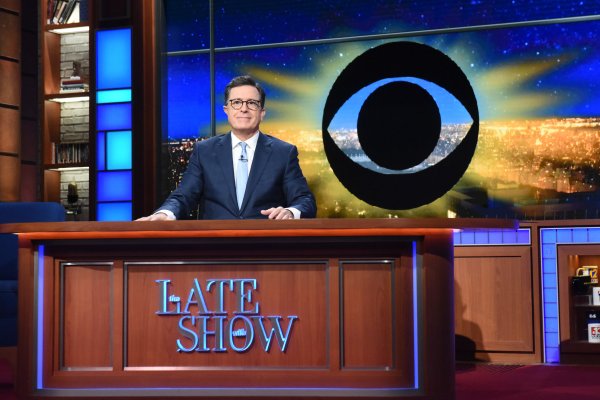 Stephen Colbert Thinks He Knows What Will Start the Next War
Next Up: Editor's Pick