A Florida man has been arrested after a couple renting his house through Airbnb last month discovered a camera hidden in a smoke detector in the master bedroom.

Wayne Natt, the homeowner, was charged with video voyeurism, local TV station WFLA reported. The couple renting his house noticed a small black dot on the smoke detector above their bed and discovered a camera and microphone inside. Police said they found video footage of that couple and others in the bedroom.

“Who knows what it’s being used for, so it’s very concerning,” Longboat Key Police Lt. Robert Bourque told WFLA, who said police are searching for more victims who might have been unknowingly recorded.

Natt told police that the camera was for personal use and is not used to film guests, but police said the cameras could be operated remotely.

“Our question is, if people are aware the cameras are there, why are they hidden in smoke alarms?” Bourque told WFLA. “And his answer was — for a better angle.”

Airbnb said it is “outraged” by the incident and has permanently banned Natt from the rental site. 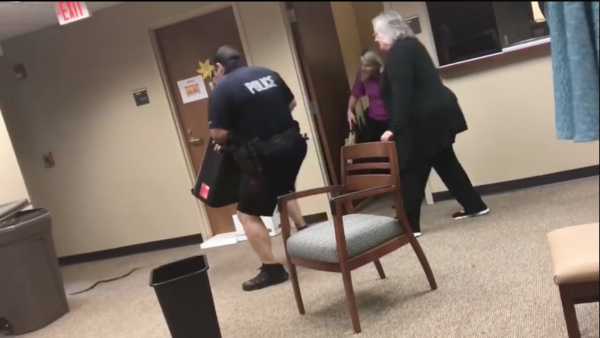 The Internet Loves Watching This Police Officer Unsuccessfully Try to Catch a Snake
Next Up: Editor's Pick