The Weinstein Company Board of Representatives said Tuesday that its members were “shocked and dismayed” by sexual misconduct allegations piling up against Hollywood producer Harvey Weinstein, dismissing suggestions that members had any knowledge of misconduct.

The board, which includes Harvey Weinstein’s brother Bob, released a statement calling the alleged behavior “antithetical to human decency” and committing assistance to any investigation into the claims that former co-chairman and Miramax founder Weinstein had committed sexual harassment or other abuse.

Subsequent reports in the Times and the New Yorker detailed an extensive history of alleged sexual abuse, including the assaults of 13 women between 1990 and 2015 and 3 allegations of rape.

The board maintained that the allegations were an “utter surprise,” though the Times report previously claimed Weinstein’s behavior was an “open secret” in Hollywood for years.

In a New York Times op-ed Monday, Lena Dunham criticized male figures in Hollywood for their “deafening silence” on Weinstein’s alleged predatory behavior, which the actress and screenwriter claimed perpetuated a culture of impunity around sexual abuse.

Other prominent figures and celebrities have begun to publicly condemned Weinstein, including former Secretary of State and Democratic presidential nominee Hillary Clinton, who received more than $20,000 in campaign donations from Weinstein since 1999.

A-list Hollywood luminaries including Meryl Streep, George Clooney, and Jennifer Lawrence also expressed outrage. Actor Ben Affleck said he was “saddened and angry” to learn of the allegations; actress Judi Dench said she was “completely unaware” of the “horrifying” offenses.

“My heart breaks for all the women who have suffered tremendous pain because of these unforgivable actions,” Chapman said in a statement to PEOPLE, adding “Caring for my young children is my first priority and I ask the media for privacy at this time.” 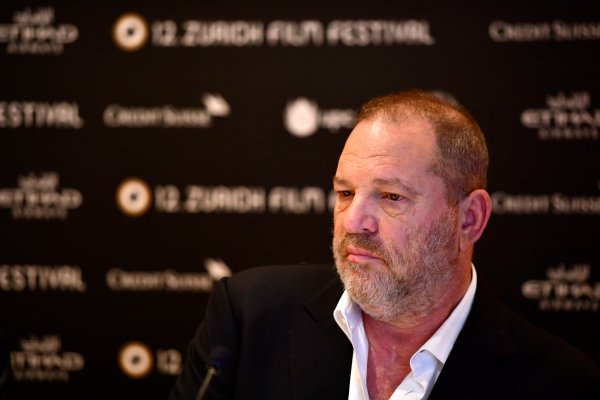 Allegations Against Harvey Weinstein Pile Up
Next Up: Editor's Pick