Five people have been killed by vigilante vampire-hunting mobs since September and a 5:00pm curfew has been imposed in Malawi, as rumors spread of witchcraft in the southeastern African country.

The violence has mostly been carried out by mobs hunting for people believed to drink human blood as part of magic rituals, the BBC reports. As a result of the violence, the U.N. has removed staff from two affected areas.

Malawian President Peter Mutharika has pledged to investigate the killings, which he described as “of grave concern” to the government.

A U.N. Department on Safety and Security (UNDSS) report said rumors of vampirism may have spread from neighboring Mozambique, though it did not specify what caused them. The report recommended a “temporary suspension” of U.N. activities in Malawi’s southern districts of Phalombe and Mulanje.

The report also said mobs had erected roadblocks to search for the alleged blood-suckers.

“UNDSS is continuing to monitor the situation closely to ensure all affected U.N. staff are back in the field as soon as possible,” Acting U.N. Resident Coordinator Florence Rolle told Reuters.

Belief in witchcraft is widespread and education standards are poor in rural Malawi, where rumors of vampires also set off violence in 2002. 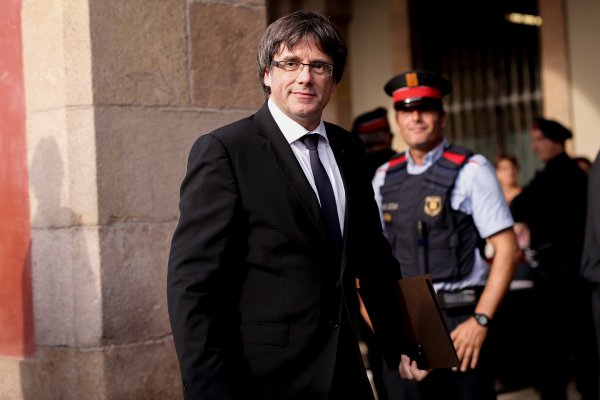 Catalonia's President Hits Pause on Independence
Next Up: Editor's Pick