Hillary Clinton on Tuesday said she was “shocked and appalled” in the wake of sexual harassment allegations against Hollywood mogul Harvey Weinstein, speaking publicly for the first time about the longtime Democratic donor five days after it first emerged that multiple women had accused him of harassment over the course of decades.

“I was shocked and appalled by the revelations about Harvey Weinstein,” Clinton said in a statement. “Their courage and support of others is critical in helping to stop this kind of behavior.”

A high-profile donor in the Democratic Party, Weinstein has contributed more $20,000 to Clinton’s campaigns since she ran for U.S. Senate in New York in 1999, according to the Center for Responsive Politics. In the wake of the explosive New York Times report detailing allegations spanning three decades, several Democratic lawmakers who had received contributions from Weinstein — including Senate Minority Leader Chuck Schumer and Sens. Cory Booker of New Jersey and Kamala Harris of California, have said they are giving that money to charities helping women. Former President Barack Obama, who has also raised campaign cash from Weinstein — and whose daughter Malia worked for Weinstein earlier this year — has yet to comment publicly.

More allegations against Weinstein emerged on Tuesday, as The New Yorker reported that three women claimed he had raped them, and the Times reported a new slew of allegations from high-profile figures including Gwyneth Paltrow and Angelina Jolie. A spokesperson denied “any allegations of non-consensual sex” in response to both reports.

“Any allegations of non-consensual sex are unequivocally denied by Mr. Weinstein,” the spokesperson said.

“I appreciate the way I’ve behaved with colleagues in the past has caused a lot of pain, and I sincerely apologize for it,” Weinstein said in the initial New York Times report last week. “Though I’m trying to do better, I know I have a long way to go.”

Weinstein was fired from his company this week. 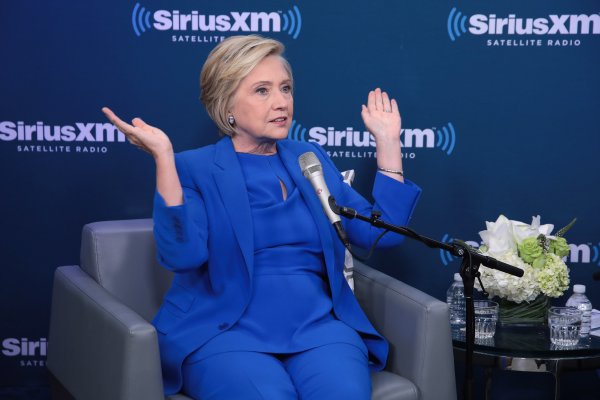 Hillary Clinton: 'Of Course' Republicans and NRA Are Complicit in Gun Violence
Next Up: Editor's Pick