Global rates of childhood obesity have jumped dramatically in the past four decades, according to new research in the Lancet. The number of children ages 5-19 who are obese has increased ten-fold from 1975 to 2016, and rates are highest in Polynesia and Micronesia. Rates in high-income nations like the rest of Europe and the U.S. have plateaued, but they have not started to decline. The rates are lowest in Eastern Europe.

The latest trends emerge from more than 2,400 studies that documented the height and weight of nearly 130 million children from 1975 to 2016. The scientists, led by Majid Ezzati, professor of global environmental health at Imperial College London, used that information to calculate body mass index (BMI). Overall, the number of children and adolescents with obesity—defined by a measurement of age-calculated BMI by the World Health Organization—increased from 1975 to 2016 from five million to 50 million among girls, and from six million to 74 million among boys.

BMI among children increased from 1975 to 2016 in nearly every part of the world, including in most parts of Africa. While African regions still record relatively low prevalence of obesity, southern Africa saw the highest proportionate increase in obesity among children, at 400% per decade in the time period studied.

Regions of the world with already high obesity rates saw slightly smaller proportionate increases, and some saw plateauing of rates, but at a higher levels. In places like Polynesia and Micronesia, southeast Asia and south Asia, as well as the U.S., obesity rates among children remain above 20%.

Ezzati says that the plateauing in nations with traditionally high obesity rates is somewhat encouraging, since it’s occurring despite few significant changes to address excessive weight gain among children. While some policies have been put in place to improve exercise and diet in schools in the U.S., for example, these programs aren’t as widespread and consistent as they should be. “The seeming good news about the plateau is that it’s a surprise, largely because in an active policy sense we haven’t been doing a lot to address childhood obesity,” he says. 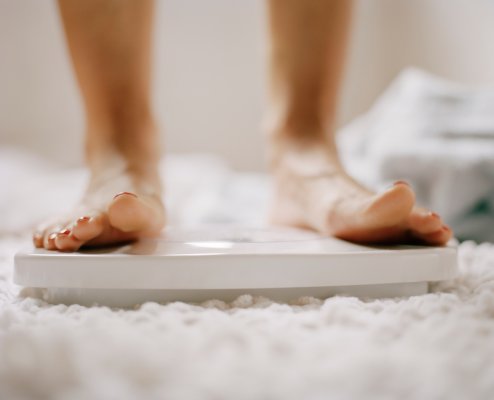 Almost 30% of People In the World Are Obese or Overweight
Next Up: Editor's Pick