NASA: The Moon Once Had an Atmosphere That Faded Away

The moon likely had an ancient, temporary atmosphere — similar to the pocket of gases that surround Earth — around 3 to 4 billion years ago, according to a new study.

Scientists at NASA‘s Marshall Space Flight Center and the Lunar and Planetary Institute (LPI) in Houston found that the atmosphere was caused by ancient volcanos spewing gases into the lunar sky faster than they could escape to space.

The atmosphere, which was about 2% the density of Earth’s but twice that of Mars, lasted for around 70 million years before sputtering away into space.

“This work dramatically changes our view of the Moon from an airless rocky body to one that used to be surrounded by an atmosphere more prevalent than that surrounding Mars today,” study author David Kring from LPI told Phys.org.

The research was based on prior studies of samples carried back during Apollo missions.

The study found that the moon’s magmas “carried gas components, such as carbon monoxide, the ingredients for water, sulfur, and other volatile species,” the scientists wrote in a statement. 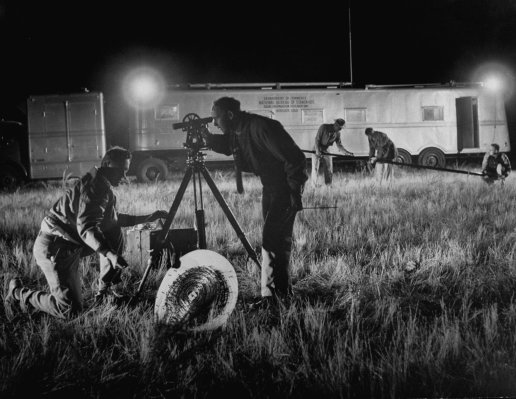 'A Dazzling New Sight in the Heavens': Remembering Sputnik's First Days
Next Up: Editor's Pick