Dove, the international skincare company owned by Unilever, has come under fire over a Facebook ad that depicts a black woman transforming into a white woman after using a Dove body wash.

The three-second video shows a young black woman smiling as she peels off her dark brown shirt to reveal a white woman in a nude shirt. The ad, which was posted on Dove’s U.S. page, was widely criticized as racist and has since been taken down. Many people on social media said they took the ad to mean the black woman was less clean than the featured white woman.

In two separate statements over the weekend, Dove apologized, saying the ad “missed the mark in representing women of color thoughtfully.”

“The visual was intended to convey that Dove body wash is for every woman and be a celebration of diversity, but we got it wrong and as a result offended many people,” the company said.

But it’s not the first time the company has been slammed for being insensitive.

In 2011, Dove received backlash for another ad that featured three women of different ethnicities standing next to each other. From left to right, each woman’s skin tone gets lighter than the woman next to her. Behind them are two giant posters: one says “before” and features cracked and dry skin, while the other says “after” and shows healthy skin. The “before” poster is positioned behind the black woman and the “after” poster is behind the white woman. Dove said in a statement to Gawker at the time that “all three women are intended to demonstrate the ‘after’ product benefit.”

“We do not condone any activity or imagery that intentionally insults any audience,” the statement said.

And in May, Dove sparked outrage again when it unveiled six body wash bottles in the United Kingdom designed to mirror women’s different body types.

“Each bottle evokes the shapes, sizes, curves and edges that combine to make every woman their very own limited edition,” Dove said at the time. “They’re one of a kind — just like you.”

The promotion backfired after many women said they felt Dove was body shaming, categorizing their body types and reminding them of their figures. 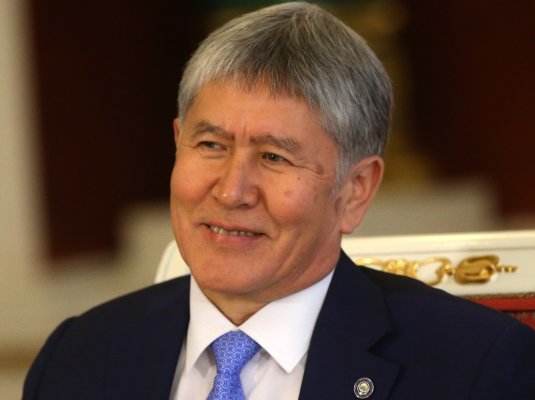 Q&A: Kyrgyzstan's President on Democracy, Islam, and Being Friends with Putin
Next Up: Editor's Pick