I Tweeted About My Toddler and Someone Called Child Protective Services

This time last week, I was the subject of a human trafficking investigation.

There’s no punchline. This was real life.

The saga began when a caseworker and supervisor from Child Protection Services dropped by my office with a Lafayette County sheriff’s deputy. You know, a typical Monday afternoon.

They told me an anonymous male tipster called Mississippi’s child abuse hotline days earlier to report me for attempting to sell my 3-year-old son, citing a history of mental illness that probably drove me to do it.

Beyond notifying me of the charges, they said I’d have to take my son out of school so they could see him and talk to him that day, presumably protocol to ensure other children aren’t in immediate danger. So I went to his preschool, pulled my son out of a deep sleep during naptime, and did everything in my power not to cry in front of him on the drive back to my office.

Now let’s back up.

As many of my readers and social media followers know, I’ve been quoting my adorable son on Twitter since he was two. He says the sassiest, smartest, most ridiculous things when I least expect it, and it’s one of my favorite things about him (and parenting, in general). I’ve written about it a handful of times before and am always so tickled by how many people keep up with our mother-son adventures.

A day or so before the anonymous caller contacted authorities, I tweeted a funny conversation I had with him about using the potty, followed by an equally-funny offer to my followers: 3-year-old for sale. $12 or best offer.

That tweet was what the caller used as evidence that I was a threat to the well-being of my child. And it was that tweet that sparked the most hellish week of my life, as I prepared for a home visit in which my case worker would inspect my home and the possibility of more interviews with my son. All because enough people believed I was actually trying to sell my son on Twitter for $12.

CPS has a hard job, both in the nature of what they do and the day-to-day demands of handling each case. As I shared with my followers, it would be easy to read this and assume I’m upset with them, which couldn’t be more untrue. Everyone has a job to do, and I don’t blame them for doing what they felt they had to do in this case.

In the end, I worked with a fantastic attorney, who was able to get the case dropped in a matter of days. While no one knows who made the call (though CPS protects the anonymity of informants, this person refused to leave any contact info and isn’t required to do so), it’s hard to look at this as an innocent misunderstanding or someone who doesn’t understand humor.

I have no proof it was a targeted attack, but enemies come with the territory in this business. It seems unimaginable that someone would despise my opinions on flags and statues so much that the only answer is to harm my family, but in some ways, it doesn’t seem that far-fetched.

I considered keeping this story to myself because of its personal nature. But as with anything else I’ve written about my life, I do it in situations when I feel like it could help someone else dealing with similar struggles. It is one thing to come after me, a grown adult woman who enthusiastically signed up for a career that comes with a large amount of exposure and criticism. Coming after my son is utterly despicable.

What upsets me more is the idea of anyone using an agency designed to protect Mississippi’s most vulnerable children as a weapon to take someone down for no legitimate reason. Time and resources that should have been spent on children and families who genuinely need it were instead dedicated to a tweet, and all because someone out there probably got bent out of shape that I don’t see the world the way he does.

Mississippi is obligated to empower CPS with the resources needed to do its job. That means putting measures in place to ensure people can’t use their services as means to attack innocent families.

It also means making sure there are clear, enforceable consequences for those who do.

This article originally appeared on MagnoliaStateLive.com 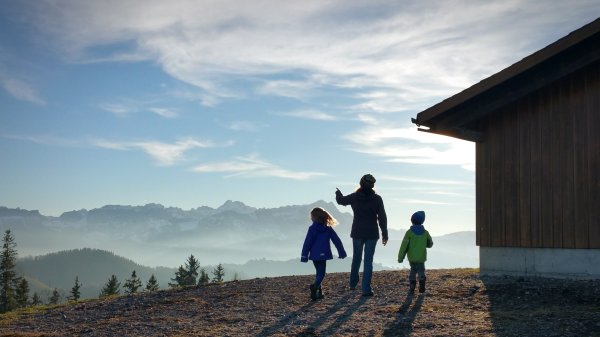 How to Parent Like a Scandinavian
Next Up: Editor's Pick