“The disgraceful news about Harvey Weinstein has appalled those of us whose work he championed, and those whose good and worthy causes he supported,” Streep said in a statement to the Huffington Post. “The intrepid women who raised their voices to expose this abuse are our heroes.”

“The behavior is inexcusable, but the abuse of power familiar,” she added. “Each brave voice that is raised, heard and credited by our watchdog media will ultimately change the game.”

Weinstein was fired from his company on Sunday following a New York Times report that detailed decades of allegations of sexual harassment from female employees and actors. Those accusations include instances in which he allegedly invited women to his hotel room, asked them for massages and, in one case, asked a woman to watch him shower.

Streep had worked with the producer on a number of films, including 2012’s The Iron Lady and 2013’s August: Osage County, both of which saw her nominated for an Academy Award. In Streep’s acceptance speech for her Iron Lady win, she thanked Weinstein and called him “God.”

In her statement, Streep said she did not know about Weinstein’s behavior.

Streep is one of the first of those in the industry who worked closely with Weinstein to speak out after the allegations emerged. The New York Times report detailed decades of inappropriate behavior and at least eight settlements he had made with women, including the actors Ashley Judd and Rose McGowan.

Before being fired following a board meeting at the Weinstein Company, the film executive took a leave of absence from his company. In a statement last week, Weinstein apologized for his behavior.

“I appreciate the way I’ve behaved with colleagues in the past has caused a lot of pain, and I sincerely apologize for it,” he said. “Though I’m trying to do better, I know I have a long way to go.” 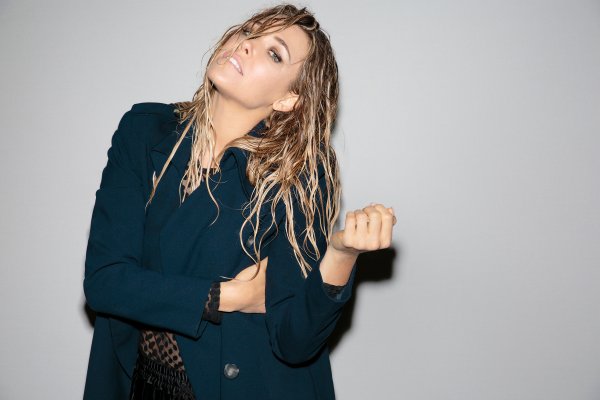 Rachel Platten Is More Than Just 'Fight Song.' The Pop Singer on Her 'Brave' New Sound
Next Up: Editor's Pick