I spent part of last week in Yokohama, Japan where Chinese tech firm Lenovo held a 25th anniversary party for their popular ThinkPad laptops. The ThinkPad was the first real portable computing product in which industrial design was critical to its form, function and branding. The ThinkPad began life at IBM, but in 2005, Lenovo bought IBM’s PC business and has continued to evolve the line. Since the first ThinkPads were introduced in 1992, they’ve collectively sold over 130 million units worldwide.

As an IBM product, the ThinkPad helped the company gain serious traction in the laptop market, especially in enterprise sales. While IBM’s original PC essentially created the personal computing platform, it was the company’s ThinkPad laptops that helped spread mobile computing to a broader business and consumer audience in the 1990s. Up to that point, most clamshell laptops were the same color, had monochrome screens, and were otherwise barely distinguishable from each other.

The person behind the ThinkPad’s inception was Richard Sapper, a famed German designer best known for creating the Tizio Lamp in 1972. (The lamp is showcased today in art displays and museums as a masterclass of function embracing form.) Mr. Sapper was hired by IBM to do something no other PC company had: to create a laptop that was both a beautiful object and a fully functional PC. Today companies like Apple have underscored the importance of design in their products. But when the ThinkPad was on the design table, most of the creative work on laptops was handled by engineers, who were focused on functionality.

According to David Hill, who until his recent retirement led ThinkPad design for over 20 years, the first ThinkPad wasn’t a clamshell at all — its original design involved a tablet with a stylus. If you know your PC history, Microsoft became a big fan of tablets and pen-based computing in the early 1990s, and was trying to influence their partners to back this idea. But Sapper, Hill and their team questioned the idea of a tablet with a pen as viable, shifting their design work to a laptop: thus the Thinkpad 700C was born, and introduced to the world in 1992.

Part of Richard Sapper’s inspiration for the original ThinkPad came from a Bento box. If you know Japanese food, you’re aware that a Bento box is a square container, but with multiple mini-boxes inside to hold various types of food. Sapper took this idea and translated it into what we now know as the ThinkPad’s iconic design, with its charcoal tone and discrete sections optimized for various computing tasks.

David Hill shared another interesting design tidbit at the 25th anniversary event. One of the ThinkPad’s more distinctive design elements is its red TrackPoint, located in the middle of the keyboard. When IBM saw this red button, it told Sapper that he couldn’t use red, since that was the color of the emergency “off” button on IBM’s mainframe computers.

Sapper argued that a laptop is very different, and that there’s obviously no relationship between a nub designed to maneuver a mouse pointer and a kill switch. But IBM legal prevailed and he was forced to skew the color a bit. He called it magenta, and IBM said that was acceptable. The engineering team quietly shifted the color back to something more red than magenta, and when the first ThinkPad shipped, it was with a TrackPoint color more in line with Sapper’s original vision. (IBM legal opted to give Sapper no further grief.)

On the engineering side, the father of the Thinkpad is Arimasa Naitoh, who joined IBM in the 1970s. He’s been involved with the ThinkPad from the beginning, setting up the Yamato Development Labs (in Yamato City, Japan) and its vital engineering teams. At the event, he and his team introduced a 25th anniversary model ThinkPad that resembles earlier versions of the ThinkPad, but with all of the cutting-edge technologies you’d expect from a modern laptop.

When I spoke with Naitoh-san at the event, he pointed out that once IBM (and thereafter, Lenovo) grasped the importance of marrying aesthetic appeal with industrial design — that it could become a key element of a whole host of products and services tied to the ThinkPad — both companies became obsessed with advancing the approach year after year.

And when I asked him what future technology excited him most, he said he’s fascinated by the concept of a folding laptop, something that could perhaps fit in your pocket, but when unfolded, would become a fully functional computing device. I share his interest in the idea, and imagine that if he and his team ever managed to create such a thing, it could impact just about every mobile user on the planet.

IBM and Lenovo’s application of the iconic Bento box concept to portable computing changed the world, illustrating how spatial design principles could map to industrial enhancements that have yielded successively thinner, lighter and less power-hungry devices. 25 years on, what will Lenovo do next? Continue their attempts at innovating in the space, of course, but my bet is that whatever comes next, it will be guided by Richard Sapper’s original design parameters: that signature amalgam of industrial cleverness, functional scope and stark beauty. 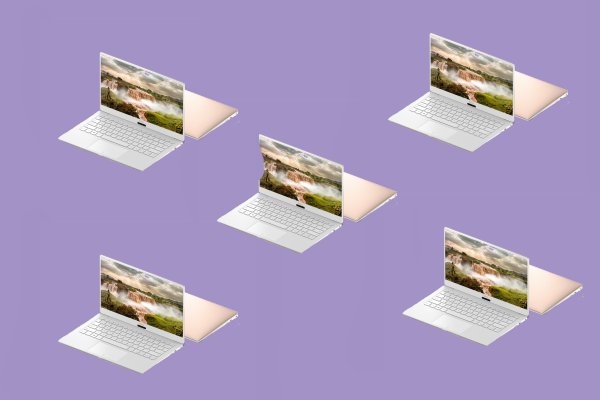 Review: My Favorite Windows Laptop Just Got A Little Better
Next Up: Editor's Pick