The Forgotten Women Who Helped Create the Field of Cybersecurity

A photograph of the machine that broke Japan's Purple code, circa 1945.
Fotosearch / Getty Images
By Liza Mundy

Everything, it would seem these days, is getting hacked. There are life hacks and weight-loss hacks. There are movements to hack the breast pump, hack the gender wage gap, hack the vote. And then there are the real hacks, the scary unnerving hacks that make it seem as though every database on earth is porous and open to theft. The Russian hack of Democratic National Committee servers and (probably) some U.S. voting systems; the massive breach of the Equifax credit reporting database as well as corporate filings with the U.S. Securities and Exchange Commission: the list goes on and on, each fresh example shocking enough to make you forget, for a moment, the prior bit of hacking news.

The drip-drip-drip of data breaches is one key reason why cybersecurity is one of the most important fields of computer technology, if also one of the most vexed and problematic.

But it’s worth remembering that there are good reasons to hack as well as bad ones. Hacking, strictly speaking, involves penetrating the communications or computer systems of a government or any other entity, and there are times when doing so is a good idea. Like, say, when your country is at war. Through their tenacity at finding holes in enemy systems, the first hackers contributed enormously to U.S. intelligence and to the development of our own cybersecurity apparatus. Their names should be enshrined on government buildings, yet few, in fact, are known.

Not coincidentally, a number of them were women.

Like the computer industry itself, modern-day hacking was born during and just before World War II, when governments and military leaders sent millions of encrypted messages to the far corners of the globe, using enciphered communications to talk strategy, tactics and troop movements. Many of these systems had been developed in the decades preceding the war, when governments and businesses began to transmit confidential information by means of telegraph and radio. To protect sensitive communications traveling along public pathways, the senders enciphered—or encrypted—their words, often using machines that could replace each letter with a new letter. As these new enciphering machines came into vogue, inventors peddled so-called foolproof machines to government agencies, who employed what would today be called “white-hat” hackers—somebody who can test the security of a system—to see if the machines worked. There weren’t many people who could do this, and one of the best was Agnes Meyer Driscoll, employed by the U.S. Navy in an obscure little office in Washington, D.C.

Driscoll, a former Texas high school math teacher fluent in several languages, was a genius who taught herself how to penetrate any number of communications systems. When an inventor named Edward Hebern ran an ad for a machine that generated a supposedly unbreakable cipher, Driscoll easily cracked the message in the ad. Her real talent, though, emerged during the 1920s and 1930s, when she hacked the fantastically complex manual encryption system the Japanese Navy was developing to disguise its major fleet communications.

Women at that time could not join the U.S. Navy except as civilians, and certainly could not go to sea except as nurses; confined to a landlocked desk, Agnes Driscoll not only diagnosed the “super-enciphered” code that Japan’s naval commanders were using; she trained many of the male naval officers who would get the credit during the war, when code-breaking enabled the great American sea victory in the Battle of Midway and other Pacific victories.

Driscoll wasn’t the only former schoolteacher who used her math and language skills to hack the bad guys. During Prohibition, a dashing ex-schoolteacher named Elizebeth Friedman hacked into the ship-to-shore messages sent by major bootlegging operations. Huge ships would bring shipments of alcohol from foreign distilleries; the ships would anchor in international waters and send coded signals to smaller boats that would douse their lights and dart out to collect a shipment. Working for U.S. law enforcement, Friedman broke these “rum-runner” messages and those of other big-time criminals, attracting publicity when she testified in trials. Newspapers dubbed her “the woman all spies in U.S. fear.”

Rounding out the trio was Genevieve Grotjan, a math major at the University of Buffalo who in 1939 joined a team of civilian Army codebreakers that broke “Purple,” a machine-generated cipher used by Japanese diplomats. It was Grotjan who spotted the crucial coincidence that broke the cipher. Thanks to her insight, the Allies were able to read Japanese diplomatic messages, which often recounted conversations with European fascist leaders. The contents, known as “Magic,” provided a flood of valuable intelligence and, among other things, helped with preparations for D-Day.

And immediately before the D-Day invasion, other women helped foil the Germans who wanted to hack us. Working for the U.S. Army, female radio traffic experts created “dummy” military communications that fooled the Germans into thinking the Allies had a mass of troops—entirely fictitious—poised to make a cross-channel landing not in Normandy but in the Pas de Calais region of France.

Still more women were encoding real U.S. military communications; they followed American troops into France and kept signals safe while the Allies chased the Nazis. And throughout the global conflict, some 10,000 U.S. female codebreakers hacked enemy communications on all sides.

These days—given the male-dominated nature of the cybersecurity industry—some thought might be given to the gender equity that prevailed during World War II, when it was female hackers, as well as anti-hackers, who helped keep us safe.

Liza Mundy is the author of Code Girls: The Untold Story of the American Women Code Breakers of World War II on sale from Hachette Books. 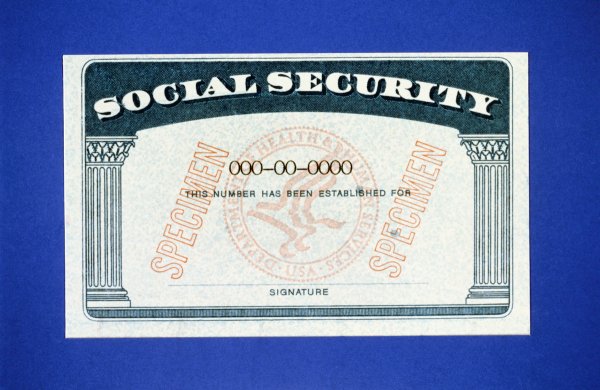