Winning the lottery would be a dream come true, but the chances of winning are minuscule, something like one in 75 quadrillion, according to data scientists. After a recent lottery drawing in Ireland, though, it looked like those impossibly small chances were even smaller.

Conversation arose during the Irish National Lottery’s Lotto Plus 1 drawing on Saturday night. According to The Telegraph, some viewers reported that at least one lottery ball looked like it had two numbers printed on it, both the numbers 33 and 38. That lead some people who had bought tickets to lottery of cry foul. The National Lottery took to Twitter to defend the integrity of their drawing, claiming that it was merely a trick of the light that caused the ball to look like it had two different numbers printed on it. Per The Irish Post, the Lottery explained, “A brief reflection of light during filming caused an illusion and some players to think there were two numbers on ball 38. This was not the case.”

They added that it would be nearly impossible for such a mistake to take place, because “the weight and size of all Lotto balls, and the numbers, are strictly checked in advance of each draw.”

That explanation hasn’t convinced everyone, but it could always pave the way for a reboot of the 1987 comedy thriller The Squeeze, which starred Michael Keaton and Rae Dawn Chong as a new couple who stumble on a lottery-fixing scheme. 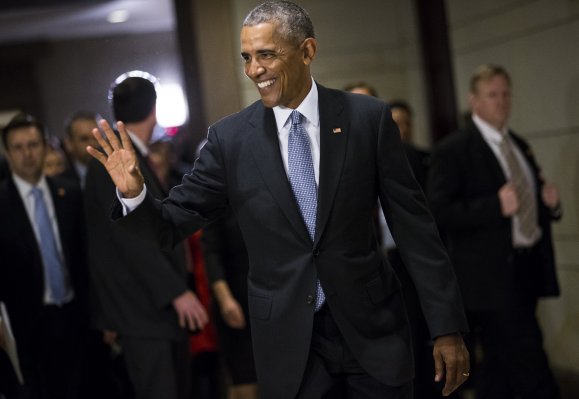 Today Is the Last Day You Can Apply to Work for Barack Obama
Next Up: Editor's Pick