California Lowers the Penalty for Knowingly Exposing Someone to HIV

California Governor Jerry Brown signed a bill Friday that would make knowingly exposing someone to HIV a misdemeanor instead of a felony.

The law, SB 239, removes penalties that previously required someone convicted of the crime — defined as exposing someone to HIV through unprotected sexual activity if the infected person knew of their HIV-positive status at the time — to serve 3, 5 or 8 years in state prison, Fox affiliate KMPH reported.

The new law will also include those who donate blood without disclosing their HIV status to the blood bank, the LA Times noted.

Co-authors of the bill Sen. Scott Wiener and Assemblyman Todd Gloria said that people with HIV now live longer lives and can have very low chances of transmitting the virus because of advances in medicine, the Times reported.

“Today California took a major step toward treating HIV as a public health issue, instead of treating people living with HIV as criminals,” Wiener said in a statement to the Times, adding that under current law, some people might avoid being tested for HIV in order to avoid prosecution.

HIV is the only communicable disease whose exposure is considered a felony under current California law, according to the report.

Supporters of the bill told the Times that previous cases were prosecuted where there was no physical contact involved and that sex workers are disproportionately charged, even in cases where the virus was not transmitted.

But those against the bill argue that it could put others at risk.

“I’m of the mind that if you purposefully inflict another with a disease that alters their lifestyle the rest of their life, puts them on a regimen of medications to maintain any kind of normalcy, it should be a felony,” Republican Sen. Joel Anderson of Alpine, who voted against the bill, said, according to the Times. “It’s absolutely crazy to me that we should go light on this.”

The new law makes it illegal to intentionally transmit any infectious or communicable disease with the penalty reduced to a maximum of 6 months in a county jail.

Anderson proposed extending the higher penalties to all infectious diseases, not just HIV, the Times reported. 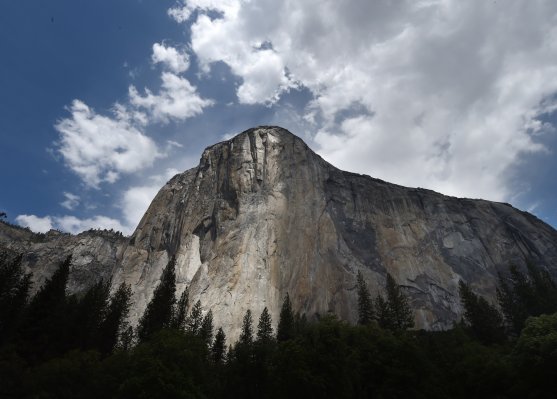 Second Rock Fall Reported at Yosemite
Next Up: Editor's Pick