Three men face charges of terrorism in an alleged plot to attack New York City during the summer of 2016, the acting Manhattan U.S. Attorney announced Friday.

Abdulrahaman El Bahnasawy, 19, Talha Haroon, 19, and Russell Salic, 37, are accused of plotting bombings and shootings in parts of New York City during the Islamic holy month of Ramadan last year, according to a release from the Department of Justice. The men allegedly plotted the attacks in the name of ISIS. They planned to bomb Times Square and the subway system, and to shoot civilians at specific concert venues.

According to the DOJ, law enforcement thwarted the plot when an undercover FBI agent acted as an ISIS supporter and communicated with the men with an intent to help them carry out the attacks. Through the undercover agent, authorities determined that the men intended to carry out terror attacks in the style of the attacks in Paris and Brussels. 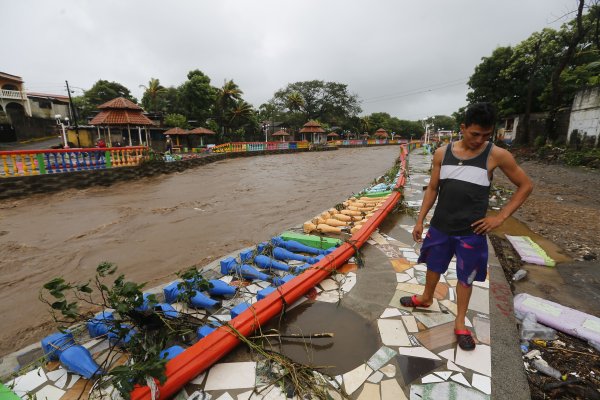 Track the Path of Hurricane Nate as It Batters the South
Next Up: Editor's Pick