Jane Goodall: 'We Don’t Have Unlimited Time' to Save the Planet

Jane Goodall has been at the forefront of the conservation movement for decades, helping to illuminate human understanding of wildlife and the need to protect it. But never has the challenge been as urgent as now, she told TIME.

“When I began there wasn’t any particular need for conservation the way there is now,” Goodall said. “If we carry on with business as usual, it will be too late.”

Goodall listed a wide range of concerns, including poaching and deforestation, as key issues affecting wildlife, but highlighted climate change as the threat with the potential to do the most damage in the long term. Still, Goodall remains cautiously optimistic, citing the passionate people she has met who are working to tackle the issue and noting that there is still a small amount of time to act before some of the worst impacts of climate change become irreversible.

The remarks come ahead of the release this month of the new documentary Jane, which relies on 50-year-old archival footage to tell the story of Goodall’s early work with chimpanzees in Tanzania. Goodall says she hopes viewers gain a better understanding of chimpanzees — and take action on the issues that threaten them and all wildlife.

“We don’t have unlimited time,” she said. “Do we or don’t we care about our grandchildren? We’ve been stealing their future.” 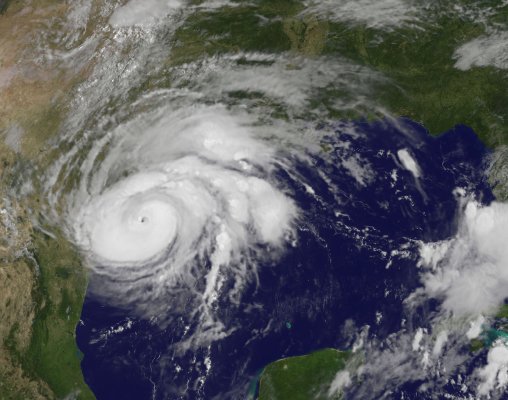 Where 2017's Hurricanes Fit in the Long History of American Climate Confusion
Next Up: Editor's Pick