I missed one-man-developer Eric Barone’s Stardew Valley the first time round, back in early 2016 when the quaint farming simulation appeared without ceremony on Windows. By the time I realized I’d pulled a Gob Bluth, publisher Chucklefish had announced a version for Nintendo’s totable Switch, so I waited. And now it’s here, a downloadable $14.99 version I can take anywhere and that plays like all the others — no kludgy smartphone or tablet touchscreen compromises.

I’m still getting my sea legs, but the idea of rolling up my sleeves and, as Voltaire put it, cultivating my garden, is appealing for all kinds of reasons. I live in Iowa near the edge of a midsize city circled by rolling farmland. You can hurl a corncob and hit John Deere’s headquarters down the road. I can see sweeps of golden desiccated cornstalks out both the front and rear windows of my house. In a few days giant harvesters will flatten the landscape, filling the air with kicked up particles that’ll hang over the morning fields like fog.

What I’m saying is I’m in the mood for exactly what Stardew Valley‘s up to. It feels autumnal and mysterious, an acreage-taming puzzle laid atop a social networking game shaded with spooky fantasy undertones. It’s also so far striking that sublime balance (always precarious in games) between toil and reward. Every scrap of wood, snip of fiber or jot of stone must be removed by hand. Crafting elegant parcels of tilled earth requires scrupulous alignment, each seed sedulous placement and tending. There’s a joyful hardscrabble gloss on every action, a feeling that all the days, weeks and months’ worth of menial labor is slotting into a vast, harmonious machinery that’s slowly spooling up.

If you’re a sucker for whimsical background music, Stardew Valley has that in spades, too. (Listen for yourself.) And the pixel art visual palette is lovely, redolent of Origin’s fantasy smorgasbord Ultima VI: The False Prophet, especially the colors and fonts and dialogue box trim. I may be biased, of course, as a lot of things remind me of that game. But it’s also a reminder that art history (like any other form) isn’t linear. What Stardew Valley looks like in 2017, in accord with its tone and gameplay, speaks to the timelessness of this style.

A quick heads up: I’ve noticed two bugs so far, one mildly annoying and fixable by relaunching the game, the other more serious but also fixable with a relaunch. (Both are bizarre in that I don’t know how they slipped past quality assurance.) The annoying one involves a bit of audio crackle that creeps in over time. I’m not sure what triggers it: I’ve had the game up in the background all the time I’ve been writing this, and it sounds fine. It’s something that happens as you’re playing, and that’s temporarily remedied with a game reset.

The second issue occurs when you decouple the Switch from its TV dock. If you’re playing on the TV with the Pro controller, the Switch is supposed to handoff controls to the attached Joy-Cons. For whatever reason that’s not happening here. To play Stardew Valley in Switch handheld mode, you have to start in that mode. No big deal, and it sounds like fixes are incoming, I assume for both.

Here’s the CEO of Chucklefish on a patch: 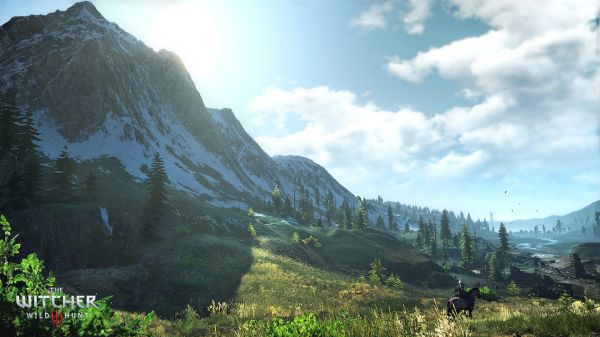 The Witcher 3 Just Got Full PlayStation 4 Pro Support
Next Up: Editor's Pick