Why Dreaming May Be Important for Your Health

Doctors have warned for years that Americans are not getting enough sleep, with health consequences ranging from drowsy driving and irritability to an increased risk of dementia, heart disease and early death. Now, a recent study suggests that one particular type of sleep may be especially important when it comes to how the brain responds to stressful situations.

The research, published in the Journal of Neuroscience, found that people who spent more time in rapid-eye-movement (REM) sleep — the phase when dreaming occurs — had lower fear-related brain activity when they were given mild electric shocks the next day. The findings suggest that getting sufficient REM sleep prior to fearful experiences may make a person less prone to developing post-traumatic stress disorder (PTSD), the authors hypothesize.

The study isn’t the first to suggest that REM sleep delivers unique benefits. Some experts even believe that it’s actually a lack of REM sleep and a lack of dreaming — rather than just poor sleep in general — that’s responsible for many of the health problems Americans suffer from today. Here’s what scientists know so far — and what they suspect — about REM sleep, dreams and what happens when people are deprived of both.

What happens during REM sleep?

Sleep involves five distinct phases, which the brain and body cycle through several times during the night. The first four phases involve a transition from shallow to deep sleep, while the fifth phase, REM sleep, involves heightened brain activity and vivid dreams.

REM sleep stages tend to be relatively short during the first two-thirds of the night as the body prioritizes deeper, slow-wave sleep. And because longer periods of REM sleep only happen during the final hours of sleep (in the early morning, for most people), it can get cut off when you don’t spend a full seven or eight hours in bed, says psychologist Rubin Naiman, a sleep and dream specialist at the University of Arizona Center for Integrative Medicine and the author of a recent review about dreaming published in the Annals of the New York Academy of Sciences.

During REM sleep, there is more activity in the visual, motor, emotional and autobiographical memory regions of the brain, says Matthew Walker, professor of psychology at the University of California, Berkeley and author of the new book Why We Sleep. But there is also decreased activity in other regions, like the one involved in rational thought — hence the reason for extremely lucid, but often nonsensical, dreams. (The dreams you remember when you wake up are only part of REM sleep, says Walker; in reality, the brain is highly active throughout the entire phase.)

What happens when you dream?

Scientists are divided as to whether dreams are simply a product of random neurons firing during sleep, or if they’re something more — like a data dump that helps the brain separate important memories from non-important ones, or a way for people to prepare for challenges and play through different scenarios in their heads.

Naiman describes the brain during REM sleep as a sort of “second gut” that digests all of the information gathered that day. “Everything we see, every conversation we have, is chewed on and swallowed and filtered through while we dream, and either excreted or assimilated,” he says.

What are the health benefits of REM sleep?

Several studies in recent years have suggested that REM sleep can affect how accurately people can read emotions and process external stimuli. Walker’s research, for example, has demonstrated that people who achieved REM sleep during a nap were better able to judge facial expressions afterward than those who’d napped without reaching REM.

Walker and his colleagues have also found that people who view emotional images before getting a good night’s sleep are less likely to have strong reactions to the same images the next day, compared to those who didn’t sleep well. “I think of dreaming as overnight therapy,” Walker says. “It provides a nocturnal soothing balm that takes the short edges off of our emotional experiences so we feel better the next day.”

Adding to that research, the most recent study — from researchers at Rutgers University — suggests that the quality of a person’s sleep before a traumatic event can play a role in how the brain reacts to a scary situation. “The more REM, the weaker the fear-related effect,” the authors write in their paper.

Researchers aren’t certain why this happens. But the part of the brain that secretes norepinephrine during wakefulness and non-REM sleep takes a break during REM sleep. “Norepinephrine is associated with stress, and it affects the degree to which the amygdala — the fear center of the brain — is sensitive to stimuli,” says Itamar Lerner, co-author of the new paper and a postdoctoral sleep researcher at Rutgers University.

MORE: How Dream Therapy Can Change Your Life

One theory, known as the REM calibration hypothesis, holds that norepinephrine builds up during the day and can be reset to normal levels during REM sleep. “When that happens, we believe that the amygdala may become less sensitive to stimuli, and less likely to overreact to something that really shouldn’t be fearful,” says Lerner.

Other studies have suggested that REM sleep may be important for other reasons, but there’s less evidence of direct, REM-specific benefits in these areas. In his recent review, Naiman writes that dreaming has effects on memory and mood, and cites research linking poor-quality REM sleep to conditions like Alzheimer’s disease and depression. (It’s worth noting that these studies only prove associations — not whether one problem actually causes or contributes to the other.)

Walker, too, believes that dreams and REM sleep have benefits — but he says it’s not the only stage of sleep that matters. In fact, he says, extensive evidence suggests that slow-wave, non-REM sleep “still seems to carry the majority of health benefits,” including regulating blood flow and blood glucose levels, and clearing Alzheimer’s-related plaque from the brain. “REM sleep may have its own function, but most of the research still focuses on the restorative and very important benefits of the other phases,” he says.

How to get more REM sleep

If you wake up every morning with vivid memories of last night’s dreams, chances are you’re getting at least some decent quality REM sleep, says Walker. But besides that there’s no easy way to monitor your levels for REM sleep specifically. Most consumer sleep trackers aren’t an accurate judge, says Lerner, and neither is how refreshed you feel when you wake up.

“For most people, REM sleep makes up about 20 to 25% of the time they spend asleep,” says Lerner’s co-author and research assistant, Shira Lupkin. “So for now, the best way we can recommend getting more REM sleep is to simply get more sleep overall.”

There are, however, some known culprits that disrupt normal sleep patterns and reduce total time spent in REM sleep. A big one is obstructive sleep apnea, a condition that interferes with nighttime breathing and causes people to wake up many times throughout the night. “Seeking help for a sleep disorder, like using a CPAP machine for sleep apnea, can help elevate REM efficiency back to relatively normal levels,” Lerner says.

Other aspects of modern life — including alcohol, drugs, nicotine, the use of artificial light at night and dependency on alarm clocks — interferes with REM sleep as well, Naiman writes in his review. “Routinely waking up with an alarm clock repeatedly shears off the endings of our most protracted REM/dream periods,” he writes. “Imagine being abruptly ushered out of a movie theater whenever a film was nearing its conclusion.”

For better sleep overall, it helps to sleep in a cool, dark room and go to bed at the same time every night, Walker says. Practicing other aspects of good sleep hygiene — like powering down electronics and nixing the nightcap — may also help improve your sleep —and maybe even your dreams. 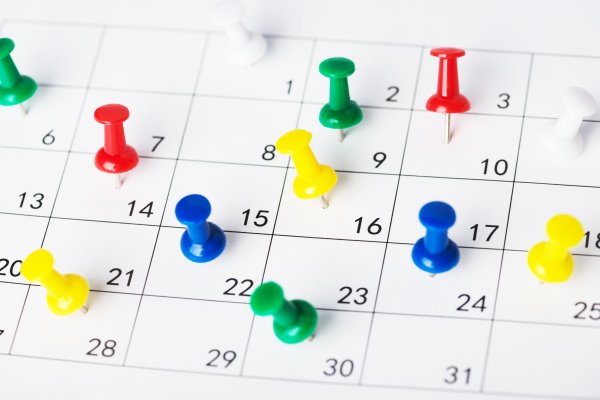 One Simple Way to Make a New Healthy Habit Stick
Next Up: Editor's Pick