See the Most Popular Halloween Candy in Your State

Halloween is coming soon, which means the month of October will be filled with costumes, scary movies and, of course, a lot of candy. Shoppers are expected to spend $2.7 billion on Halloween candy this year, according to The National Retail Federation and Prosper Insights & Analytics, which surveyed 7,013 consumers on their Halloween shopping plans.

Just in time for candy buying season, bulk candy dealer Candystore.com broke down the most popular Halloween candy across all 50 states, based on sales data from 2007 to 2016 with a focus on the months leading up to Halloween. The online retailer sells Halloween candy to variety of customers, ranging from individual buyers to event planners to large businesses. By chronicling Halloween candy sales by the pound across the country, the candy dealer determined the top three choices in each state.

Candy corn is the most widespread favorite, as the top Halloween candy in Idaho, New Mexico, Michigan, Alabama, South Carolina and Rhode Island. M&M’s are beloved on both coasts, winning the top candy spot in California, Pennsylvania and North Carolina.

The results have brought a few surprises to Candystore.com media relations director Tom Johnson, who said he found it strange that the not typically popular Almond Joy was the most popular Halloween candy in Connecticut. He also did not expect that people in Montana would love Double Bubble bubble gum so much.

“It could just be that Montana has a small population — it would be easier for a fewer number of people to influence the overall results of that state,” he said. “You’re going to have an ‘unusual’ result in a smaller state.”

Halloween candy may divide us across state lines, but the U.S. can rally behind Skittles, Reese’s Cups and M&M’s, the top three most popular Halloween candies across the country, according to Candystore.com. On average, Skittles and Reese’s Cups have sold more than 3 million pounds annually over the last decade, while M&M’s have sold about 2.7 million.

Check out the most popular Halloween candy in your state above. 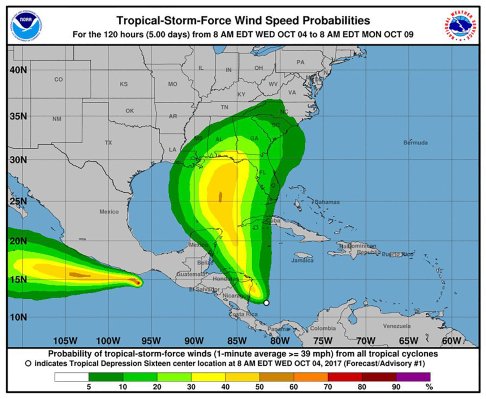 What We Know About Tropical Storm Nate's Path
Next Up: Editor's Pick