The Tragedies of 2017 Will Test the Bonds That Connect Us, Now and for Years to Come

If you could see grief on a map, there would be rings of anguish radiating from whole regions of the U.S. right now. From Texas to Florida to Puerto Rico and Las Vegas, the hurt would expand with each person affected to the people they’re connected with in all parts of the country. No state would remain untouched by the events of 2017.

The magnitude of the suffering over the past few months is unfathomable to those who haven’t spent time in a war zone or in countries where nature’s most brutal assaults are even more frequent. Houston and Florida are still reeling from sequential hurricanes. Puerto Rico hasn’t gotten to its feet in the wake of Maria. The people of Charlottesville, Va., watched hate march into town and take one of their own–an event from which they’re still recovering. Now a man has hauled a cache of weapons into a hotel room in Las Vegas and unleashed a hailstorm of death on concertgoers below, killing dozens and wounding hundreds.

These tragedies are accumulating so fast, we forget that many of the ramifications are just starting to unfurl. The hospital staff members, first responders and brave samaritans in Las Vegas will have to learn to live with the horror of what they’ve seen. Puerto Rico’s children may lose a whole school year; if we’re having trouble getting them food and water, it will be even longer before they’re back in class. And it’s clear that the most vulnerable of those hit by the storms in Texas and Florida will struggle economically for years.

One wonders if it’s possible for us to expand our hearts and minds to embrace this level of hurt and destruction–a trail of stricken families and communities that stretches from the Gulf to the Atlantic and parts in between. It must be said that the trail of kindness and courage reaches just as far. But I worry that our capacity for empathy has been worn thin and that our attention spans are now so tweet-size that we won’t be able to focus long enough on any one of these tragedies to provide long-term help.

We talk a lot about “the resistance” in this battered country of ours, but the most important thing we need to resist now might be the urge to let the next outrage or tragedy erase the images of those who are still suffering. If I were religious, I’d know where to look to find guidance on how not to lose touch with the feeling of connection I had with all those families whose suffering we’ve seen so intimately. Their lives and homes and hearts have been broken open on our screens; their faces should be etched in our consciousness. But that human link is diluted daily by the torrent of news, insults and scandals. The question now is whether we’re capable of a sustained response once the TV drama stops.

And where do we start? Do you fight for aid to rebuild every crushed community first, or put your efforts into something that might mitigate the damage next time? (We know there will be more once-in-a-lifetime floods and hurricanes and shootings.) Prevention is tough when we can’t agree on the causes of these tragedies. It seems pretty obvious to me that we shouldn’t have laws that allow almost anyone to buy a machine gun and unlimited ammunition. But that notion is far from universal. We could focus on climate science and how to stop the oceans from warming so quickly, but there again, there will be disagreement.

If all we can agree on is strengthening our ability to respond to disasters, then O.K., let’s do that: beef up emergency protocols and trauma centers, build sea walls and houses that can better withstand the inevitable. But just doing that feels like giving up, which would be its own tragedy.

Maybe the answer is for each of us to choose one thing to fix and not let go. Take a tiny piece of a larger disaster and make it your responsibility, whether it means agitating for funding in Washington or sending a holiday package to a child who lost their home or a parent who lost their child. And not just this year, but next year too and the year after. Because that’s what it’s going to take to heal a nation. 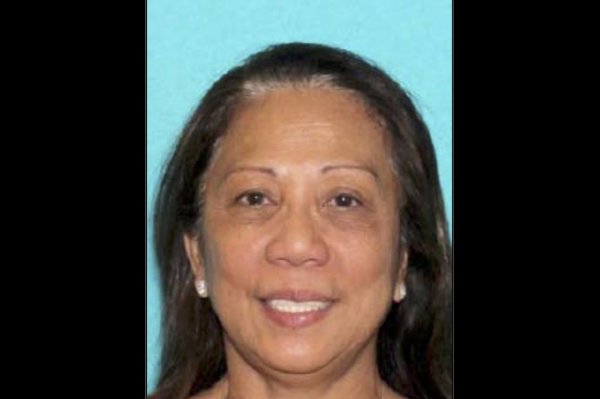 Authorities Are Talking to Las Vegas Shooter’s Girlfriend Marilou Danley. Here’s What to Know
Next Up: Editor's Pick