Review: A Heroine for Our Times in Jennifer Egan's Manhattan Beach

Jennifer Egan joined the who’s who of American letters in 2011 when she won a Pulitzer for A Visit From the Goon Squad, an interlinked-story-collection-as-novel that bucked more than a few conventions. Her new novel Manhattan Beach is more conventional in that it’s a linear, historical narrative set circa World War II. It’s a less inventive book, but many readers will find it more satisfying.

Manhattan Beach, named for the neighborhood in Brooklyn, begins when Anna Kerrigan is almost 12 years old, tagging along with her father to a mysterious man’s seaside home. Already there is a plucky danger about her. When the narrative shoots ahead seven or eight years, we find her at the Brooklyn Navy Yard, working along with the other wartime women to measure construction parts. Soon, she becomes the first female diver to repair ships. The work is risky and physically punishing, but also exhilarating: “like flying, like magic–like being inside a dream,” Anna thinks during her first dive. (Some of Egan’s descriptions of breathing under a 200-lb. suit are just as breathtaking for the reader.) But all is not so lovely: Anna’s father has abandoned the family, her mother is solely devoted to Anna’s severely disabled sister, and the mysterious man resurfaces in an unexpected way.

Though the prose is exquisite, Egan never lets it get in the way of the story. In bouts of glamour, adventure and violence, she gives the narrative a cinematic feel, while grounding it in Anna’s realistic frustrations with society. She wants to be “a different kind of girl,” but not that kind of girl. Though “maybe those kinds of girls were simply girls who’d no one to tell them they were not those kinds of girls.”

Anna is indeed a different kind of girl. Though she is rooted in her historical setting, readers of today will find her story of daring and persistence deeply resonant. 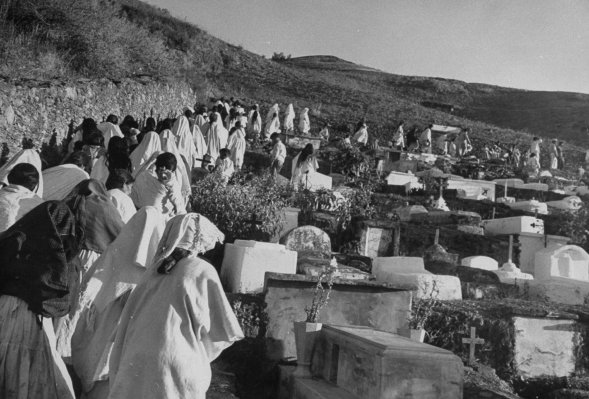 There Are Better Ways to Mourn
Next Up: Editor's Pick