The 35-year-old actor accepted a plea deal with federal prosecutors that lowers his potential sentencing from 20 years in jail and a lifetime of supervised release, according to documents obtained Tuesday by celebrity news site The Blast. As part of the agreement, Salling must register as a sex offender and avoid places frequented by minors such as schools and playgrounds upon his release.

“I am pleading guilty because I am guilty of the charges and wish to take advantage of the promises set forth in this agreement, and not for any other reason,” Salling said in a statement, according to the documents.

Salling, who played core character Noah “Puck” Puckerman in the Fox show, was arrested in December 2015 and indicted in May of the following year. Authorities discovered thousands of images and videos of child pornography on his laptop and a separate flash drive.

The plea bargain still needs to be approved formally by a federal judge, but as of now Salling faces a minimum of four years in jail. He will also be required to pay $50,000 to each of his victims and enter a treatment program for sex offenders. 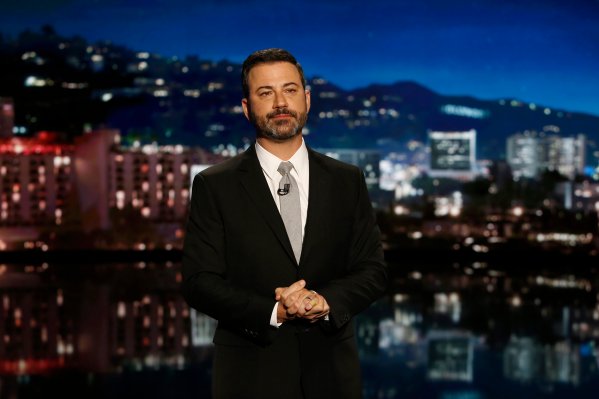 'Not Too Soon for Us.' Jimmy Kimmel Is Going to Keep Talking About Gun Control
Next Up: Editor's Pick