Google on Wednesday unveiled a new smart speaker called the Home Max, which is designed to intelligently adjust the audio depending on a user’s surroundings.

If that sounds familiar, it should: Apple’s Siri-powered HomePod speaker, which it announced in June, is also intended to adapt to its audio based on its environment. Google says the Home Max will be available for $399 in December, $50 more than Apple’s HomePod, which is expected to debut in the same timeframe.

The Home Max’s sound is 20 times more powerful than that of the standard Google Home, and the speaker uses artificial intelligence to alter the sound accordingly. If one were to move the Home Max a few feet in a particular direction, for example, the speaker would be able to compensate for that change. 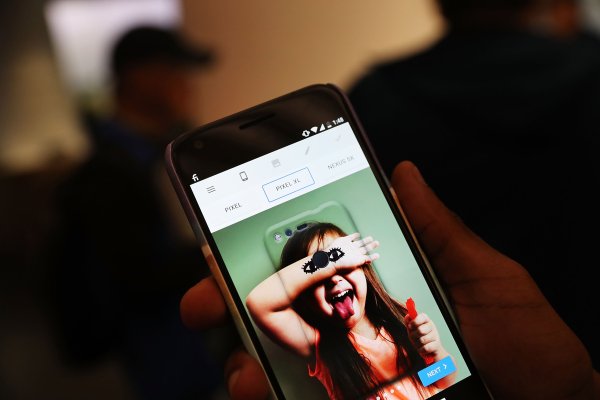 Here's How to Watch Google's Pixel 2 Event
Next Up: Editor's Pick