A new Google Pixel XL phone is displayed at the new Google pop-up shop in the SoHo neighborhood in New York City on Oct. 20, 2016.
Spencer Platt—Getty Images
By Lisa Eadicicco

Google is holding an event on Wednesday during which it’s expected to announce new Pixel smartphones and a mini Google Home speaker among other product updates. The search giant will stream the event live on YouTube starting at noon Eastern.

The headliner is expected to be Google’s new Pixel smartphones, which are rumored to come in five and six-inch sizes. One of the phone’s most notable changes could be a new feature called Active Edge, which makes it possible to launch Google’s voice-activated helper, the Assistant, be squeezing the device’s edges. Reports have also suggested that Google may release a new version of its premium Pixel Chromebook, which it hasn’t updated since 2015.

It’s going to be an important moment for Google as the company continues to make an effort to establish itself as a hardware innovator. The product launch comes just weeks after Apple debuted its new iPhone X with much fanfare at its brand new Steve Jobs Theater in Cupertino. Amazon also recently unveiled a bevy of new Echo products last week, including a new high-end model with improved speakers. Google, which is typically known for its search and software platforms rather than gadgets, will be looking to prove that it can keep up with and surpass its rivals. 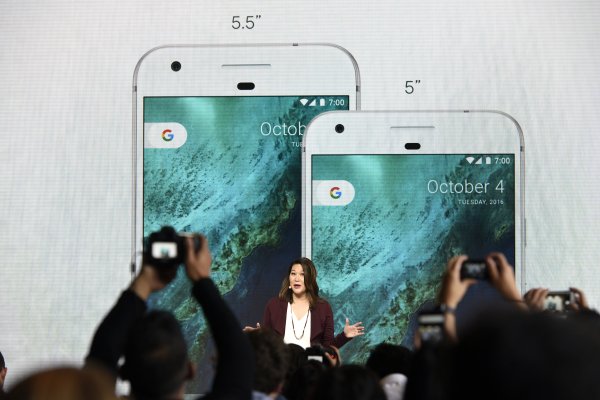 Everything Google Might Announce at Its Big Event Next Week
Next Up: Editor's Pick