Steven Spielberg doesn’t do many interviews. For one thing, he’s famously shy. For another, as the highest-grossing director in history, he doesn’t have to. So fans hungry for insights from the storied filmmaker, now 70, might just consider the new documentary Spielberg — for which he gave more than 30 hours of interviews — something like the Ark of the Covenant, the Holy Grail and the Sankara Stones all rolled into one.

But the film, which premieres at the New York Film Festival Oct. 5 and on HBO Oct. 7, may be an even worthier expenditure of two and a half hours for the casual Spielberg fan — the one who grew up taking his prolific output as a given or even dismissed his populist sensibility. Directed by Susan Lacy, creator of PBS’ Emmy-winning American Masters series, the documentary explores the forces that shaped the director of Jaws, E.T. and Jurassic Park: his suburban upbringing, his parents’ divorce, his Jewish identity and his innate fluency in the language of cinema. As Lacy recently told the New York Times, her objective was to demonstrate how, contrary to popular belief, Spielberg is an immensely personal director.

In addition to the participation of its subject, talking heads include critics, scores of actors who have worked with him (from Leonardo DiCaprio and Daniel Day-Lewis to Oprah and Drew Barrymore) and fellow directors, including four — Martin Scorsese, Francis Ford Coppola, Brian de Palma and George Lucas — with whom he came of age as a young filmmaker.

Spielberg’s career is, of course, defined by his successes. The three dozen or so films he’s directed (he’s produced nearly twice as many) have earned him three Oscars and 13 additional nominations. They’ve taken in nearly $4.5 billion. He has been feted by the Kennedy Center Honors and with a Presidential Medal of Freedom. But he’s also had a few close encounters with failure. As Spielberg tells his own story — and, of course, as Lacy has edited it down for our consumption — here are three movies which brought about some of the more challenging moments in his long career.

“It was like I had committed a war crime.” This is how Spielberg recalls the reception of his 1979 comedy 1941. Written by future Back to the Future scribes Robert Zemeckis and Bob Gale, the movie stars John Belushi, John Candy and Dan Aykroyd and takes place during the chaos following the attack on Pearl Harbor. On the heels of Jaws and Close Encounters of the Third Kind, both of which went significantly over budget and over schedule but met with huge success, Spielberg says he had felt invulnerable.

The movie wasn’t a complete failure: it didn’t flop horribly at the box office, and it managed to garner Oscar nods for visual effects, sound and cinematography. But Spielberg was devastated by reviews, like TIME’s, which lamented its lack of spontaneity and overblown premise. It didn’t help that all this criticism was being heaped onto a movie whose budget was more than triple that of Jaws, whose overwhelming returns had been something of a free pass to make whatever he wanted next. He stuck his head in a hole for a year, but his return would swiftly redeem him: In 1981, he introduced the world to an archaeology professor named Indiana Jones.

On its face, The Color Purple was not a defeat for Spielberg. It made nearly $100 million at the box office and earned 11 Oscar nominations (though no wins). But according to the director, his 1985 drama was more a miscalculation of execution. He was about to turn 40 and looking to stretch himself with a more mature story. But where its source material, Alice Walker’s epistolary novel about black women living in the South in the 1930s, is gritty and raw, Spielberg’s adaptation trends toward soft and pretty.

“I was timid. I was just a little embarrassed,” he concedes in the documentary, recalling scenes from the book — a love scene between two women and a scene in which a character observes her vagina in a mirror — which he chose to exclude. As TIME’s film critic Richard Corliss wrote in his review, “Spielberg has chosen to elegize the story by romanticizing it, swathing the characters in Norman Rockwell attitudes, a meddlesome symphonic score, and a golden fairy dust that shines through the windows like God’s blessing.” If there’s one thing the documentary’s talking heads agree on, it’s that Spielberg is unapologetically sentimental. But while it’s invited some derision, this tendency also has more than a little to do with just how beloved his most beloved films came to be.

Empire of the Sun

Failure is, perhaps, too strong a word to encapsulate Spielberg’s recollection of his 1987 World War II drama starring a young Christian Bale. Next to his debut feature The Sugarland Express, it’s his lowest-grossing film, though to judge it by its box office is to miss what he was going for. In the documentary, screenwriter Tom Stoppard calls it “the end of the innocence of Spielberg.” Though it’s told from a child’s perspective and emanates Spielbergian sentiment, it’s ultimately one of his bleakest.

Summarizing its reception, New York Times critic A.O. Scott says that many critics at the time saw the film as Mr. Blockbuster suddenly trying to be serious. The director who, by Corliss’ estimation, had taken out “a patent on perennial childhood” was asking audiences to allow him the opportunity to grow up onscreen, and not everyone has prepared to allow it. His feelings were hurt by the response, which producer Kathleen Kennedy says amounted, more or less, to a collective “How dare you!” But time has been kinder to the movie, which many now consider to be among his more accomplished efforts.

After all, some of Spielberg’s biggest risks have yielded some of his greatest triumphs. The vastly different but historic cinematic events that were Jurassic Park (1993) and Schindler’s List (1994) may seem like a given today. But a movie starring 60-foot computer-generated dinosaurs followed by a three-hour-plus black-and-white film about the Holocaust were anything but when he embarked on them, one after the other. In those victories, it becomes clear that Spielberg’s alignment with the mainstream has fueled perhaps one of the biggest misconceptions about his career: call his movies popular, call them sentimental — just don’t call them safe. 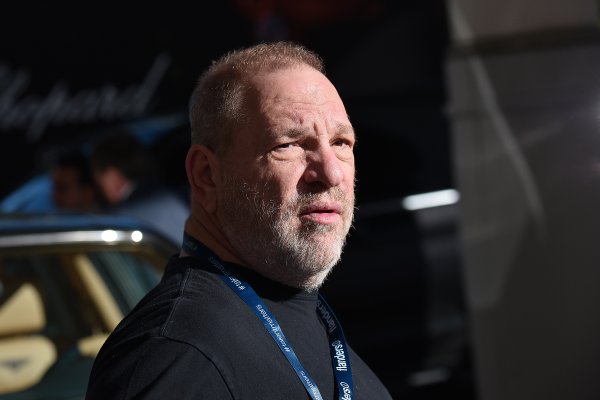