Julia Roberts has starred in a lot of movies, so when James Corden asked her for a favorite line from any one of her films, it’s no surprise that she seemed to blank out. Luckily, Ben Schwartz was there to help her out, sort of.

Roberts and Schwartz, the actor best known for roles on Parks & Recreation and in a Stranger Things conspiracy theory, were both guests on Tuesday night’s episode of The Late Late Show. While Schwartz, was on hand to slow dance with Corden (you can watch that here, if you dare), Roberts was recreating her filmography for one of Corden’s trademark segments, so her films should have been fresh in her mind.

However, Corden’s question about her favorite line stumped her. As it turns out, though, Schwartz is a huge fan of Roberts’s body of work and had several lines ready to go. His delivery of lines like, “What’s up, y’all, it’s me, Erin Brockovich!” and “This brief seems very, pelican-y” were spot-on impersonations of an incredible actor. As Corden noted, Schwartz’s take on Roberts’s work was downright uncanny.

As for Roberts abbreviated film history, that is slated to air on The Late Late Show on Wednesday. 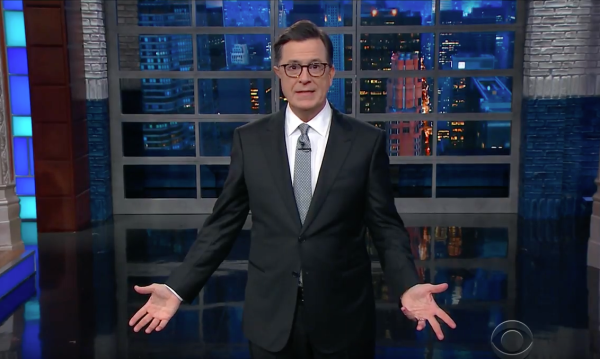