The 11 Best Places to Travel in November

November is a funny month for travel. Most people are aware that the holiday season is coming soon, with long breaks for Thanksgiving, Christmas, and New Year’s Eve, and so stay put for the rest of the month. But smart travelers know that there are tons of deals to take advantage of around this time — not to mention the weather is lovely in what would typically be some of the hottest places in the world.

The Caribbean is a great place to start. Most of the resorts have reopened for the season and are preparing for the onslaught of guests during the holidays. But there are rooms to spare and crowd-free beaches in early November — where you won’t have to stand in line for a beer or a beach chair.

America’s south is another great November destination — Memphis, Tennessee, and Marfa, Texas, are two places that are incredibly hot year-round. November, however, brings balmy weather that’s great for exploring both the college town and the desert area. In both places, you’ll find exciting art, great museums, and restaurants well worth the trip.

If a nice, long break is what you need, head to India’s Andaman Islands, where November is the best month to visit its sparkling beaches and swim with elephants. For a city getaway, Seoul, Korea, can’t be beat — you could easily spend 10 days in the beauty capital and never be bored (or hungry).

Whether you’re looking for a beach vacation or a new city to explore, November is a great time to do it. Click through for our list of the best winter escapes, both near and far.

Memphis has always been known for blues and barbecue, but it’s also the South’s hottest new city for many reasons—the incredible green spaces, the great restaurant scene, and the must-see National Civil Rights Museum. Now there’s a great new place to stay: the Guest House at Graceland, where you can truly live like Elvis in the pop star’s home city. The hotel, in a colonial-style mansion, will have 450 rooms and suites designed by Priscilla Presley. Prefer something a bit more intimate? Opt for the James Lee House, a five-suite bed and breakfast in a national historic landmark.

This colonial town draws visitors for its charming hotels and beautiful architecture, but it’s also beginning to attract international restaurateurs. Celebrated Mexican chef Enrique Olvera has a restaurant there, Moxi, but it’s also seeing openings such as a bustling food hall and interesting bars—the annual July food festival has given the town lots of culinary cred. Go in November when the weather isn’t unbearably hot, and is breezy enough for long days wandering the streets. Stay at the stunning Rosewood hotel, with décor that celebrates San Miguel’s long artistic traditions.

This Central American country is one of few where the official language is English, so there won’t be any language barrier issues. It’s also one of our favorite eco-focused destinations in terms of accommodations, with Belcampo, an amazing agritourism lodge, and Francis Ford Coppola’s Turtle Inn, a celebrity favorite. It’ll soon get another cool new hotel—Itz’ana, a food- and farm-focused retreat with 39 stunning villas on the Placencia peninsula. Hurricane season tends to last from June to November, so time your trip for the end of the month—it’ll be shoulder season and rates will be much lower.

Craving a far-flung getaway? Make plans to head to the Andaman Islands, off the coast of India—accessible via a flight through most of the major Indian cities. It’s best known as one of the few places to spot swimming elephants and it’s got some of Asia’s most stunning stretches of sand. Once you get there, it remains fairly affordable—particularly in November. The month is officially part of monsoon season, but it’s still the best time to go. Plan your trip for mid-November, when the weather is perfect and before high seasons kicks off.

No trip to Chile is complete without a visit to the Atacama Desert—it has awesome geological formations, is ideal for star-gazing, and is home to several destination-worthy hotels such as the Awasi Atacama and the Explora. You’ll need at least three days to explore the area, to take in everything from its one-of-a-kind landscape to a horseback riding trip over the sand dunes to the volcanic rock formations. Just make sure to time your trip right: parts of Chile get incredibly cold in the summer months (from June to September), and the desert is unbearably hot from January to March, making November one of the best times to go.

Italy has a new wine destination, in the stunning coastal city of Sicily. The Mount Etna region is drawing visitors from around the world with its family-run wineries and one-of-a-kind terroir (the soil is ultra-enriched with volcanic minerals). The red wine varietals the region is known for (including the famous Nero d’Avola grape) pair perfectly with famous Silician snacks, from fried anchovies to piping hot chickpea fritters. November is Sicily’s low season, so you’ll have your pick of the region’s best villas and enjoy crowd-free strolls through the area’s ancient Greek ruins.

The Canadian dollar is already relatively weak compared to the American one, but if you want to save even more money, November is the time to go. Hotel prices drop, restaurant reservations open up, and even airfare comes down a bit. While you’re in Toronto, make sure to hit the popular sights that are most crowded during the summertime—St. Lawrence Market, the Aga Khan Museum, the Gehry-designed Art Gallery of Ontario—where you’ll have much more space to appreciate your surroundings. Also, spend time with the city’s young entrepreneurs—at restaurants, bars, and art galleries—where you’ll truly get a sense of the city’s new cool.

For years, there was only one incredible place to stay in Marfa, one of America’s coolest desert towns: Liz Lambert’s El Cosmico, which books up six months in advance. Now, a new boutique hotel has arrived to provide a bit of relief. The Hotel Saint George is sleek yet cozy and houses an independent bookstore, restaurant by Texas chef Allison Jenkins, and bar. November is one of the few months where there’s a bit of relief in the Texas desert region, and the clear skies are ideal for stargazing. Marfa has a budding beauty scene as well: the locally made products are some of the best desert souvenirs around.

Uruguay’s beach town livens up in November, the start of South America’s summer season. José Ignacio, a sleepy village that’s known for its fishing community, is transformed as jet-setters descend for a glamorous—but still completely laid-back—vacation. The beauty of a beach town is that there’s not much to do beyond lazy days in the sun and eating fresh seafood and grilled meats all day long, but José Ignacio does have some incredible design hotels to set the mood for your trip. Install yourself at Playa Vik if you want to stay right on the beach, or at sister property Estancia Vik, which is a bit closer to town.

Seoul is gorgeous in the winter, and no less busy—the bustling activity rarely slows down in the world’s beauty capital. Recently, the city has made a name for itself beyond cutting-edge beauty treatments. Seoul has always had wonderful food as well—which has thankfully spread across the world—but it now has a surprising art scene (don’t miss the Leeum, Samsung Museum of Art) and exciting shops and boutiques. And of course, there’s no lack of things to do at night, from exploring street food carts to whiling hours away at a karaoke bar.

Jamaica is a crowd-pleaser—many families return to the same hotel (and sometimes, the same suite!) religiously during the holidays. That’s why pre-Christmas and New Year’s is the best time to go. The best hotels, including Jamaica Inn and Round Hill, almost always have much more availability in the first few weeks of November than in December and January. No matter where on the island you stay (from the resort-heavy Ocho Rios and Montego Bay to hip Port Antonio), there will be beautiful beaches to enjoy, wonderful live music, and plenty of Red Stripe beer, which unsurprisingly pairs fantastically with conch fritters. 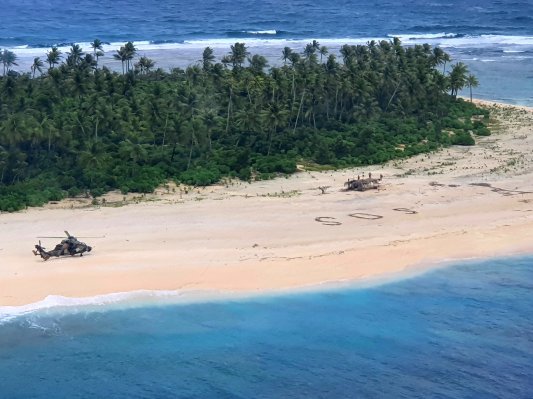