Tom Petty had some final words for his audience in Los Angeles, California as he closed out the last concert of a world tour. “I wanna thank you for 40 years of a really great time,” he said. One week later the rock legend would be dead, after suffering cardiac arrest in the early morning of Oct. 2. He was 66.

On Sept 25, Petty and his band the Heartbreakers finished a three-night stint at the Hollywood Bowl as part of their 40th anniversary tour. YouTube user Kim Roberts caught footage of the band’s encore, the hit songs ‘You Wreck Me’ and ‘American Girl’.

“My tears are falling down as i write this as the news of Tom’s death from cardiac arrest is reported,” she wrote in the video’s description. “Unbelievable that one week to the day of this performance at the Hollywood Bowl, last day of the 40th anniversary tour, Tom would have left us.”

The footage shows an appreciative crowd whooping as the band finish their performance and then stick around to sign autographs. “God bless you! Goodnight!” said Petty just before walking off the stage. 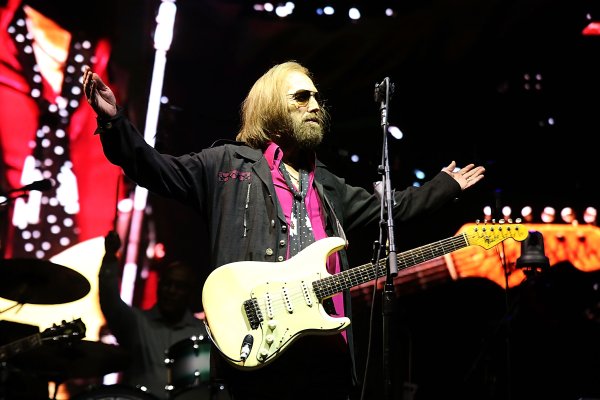 Here's How Celebrities Are Reacting to Losing Tom Petty
Next Up: Editor's Pick