Silicon Valley is already solving some of the biggest problems bubbling up around virtual reality: namely that it’s expensive and takes forever to set up. But one it hasn’t is the way the technology hews toward solitary experiences. Whether you’re face-to-face with a whale on a sunken ship or blasting off the top of a building wearing a jetpack, friends and family members have no idea what you’re experiencing until they slip on a headset themselves. Virtual reality circa 2017, as captivating as it can be, is an intrinsically lonely affair.

Companies like Facebook and startup AltspaceVR have been working to change this by crafting social spaces with VR hooks. After today they’ll be joined by Microsoft, which just announced it’s acquiring AltspaceVR, barely two months after the app nearly vanished due to financial difficulties.

“With the AltspaceVR team onboard we look forward to building the world’s preeminent mixed reality community,” Microsoft’s Alex Kipman said in a blog post revealing the news. The announcement comes as Microsoft prepares to launch its own virtual and augmented reality platform, called Windows Mixed Reality, on October 17. AltspaceVR will be part of that platform, but Microsoft adds that it will also continue to work on other VR platforms, like the Oculus Rift, HTC Vive and Google Daydream.

Facebook Spaces and AltspaceVR share important similarities. Both allow you to hang out with real-life friends represented as digital avatars in virtual reality. And both make it possible to engage in activities and games with friends in VR. (Facebook lets you travel to exotic locations and draw 3D doodles, AltSpace VR includes digital jukeboxes and disc golf games.) But Facebook’s existence as the world’s largest social network could give it a crucial edge. One of the most compelling aspects of Spaces in my tests was being able to experience milestone events I couldn’t attend in person virtually, like a friend’s wedding or a birthday party. Facebook already hosts your personal photos, videos, posts and relationships, giving it an obvious leg up in the rush to make VR more communal.

That’s not to say AltspaceVR won’t be a hit. True, Microsoft doesn’t have a sterling track record when it comes to building social networks. AltSpaceVR largely focuses on organizing live events and hobby clubs, with groups that range from eSports favorite League of Legends tournaments to karaoke meet-ups and poetry nights. It’s thus easy to imagine Microsoft using AltspaceVR to facilitate virtual gatherings between Xbox and PC gamers, especially given the company’s emphasis on unifying its desktop, virtual reality and gaming platforms.

Despite the skepticism and uncertainty that still surrounds VR, this much seems clear: Large tech firms like Facebook, Microsoft and Google won’t give up on the tech if its initial forays don’t yield explosive growth. Microsoft’s PC partners are preparing to release their own VR headsets for Windows in the coming weeks, and Facebook is holding its Oculus Connect conference on October 11, where it’s bound to make some announcements about what’s next for its flagship VR headset. 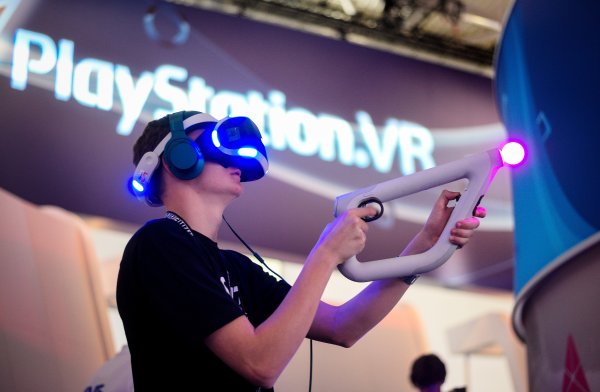