Michelle Obama to Barack on Their Silver Anniversary: 'You're Still My Best Friend'

In honor of their 25th wedding anniversary today, former First Lady Michelle Obama shared a sweet message to her husband former President Barack Obama on Twitter along with a black-and-white photo from their wedding day.

“A quarter of a century later, you’re still my best friend & the most extraordinary man I know,” she wrote. “I <3 you.” (But she used a double-pink-heart emoji instead of an analogue heart symbol, because she’s hip to the ways of the internet, too.)

The two met in Chicago, when Michelle (née Robinson) was assigned to advise a young Barack at the law firm he was working at for the summer during law school. Despite his requests, she refused to date him until he offered to quit the job, making the relationship more appropriate. They had ice cream for their first date — Baskin-Robbins, he’s said — and were in a relationship for three years before tying the knot in 1992.

It’s been an emotional few weeks for the Obamas: the former president described the experience of dropping eldest daughter Malia off at college at Harvard as “like open-heart surgery.” 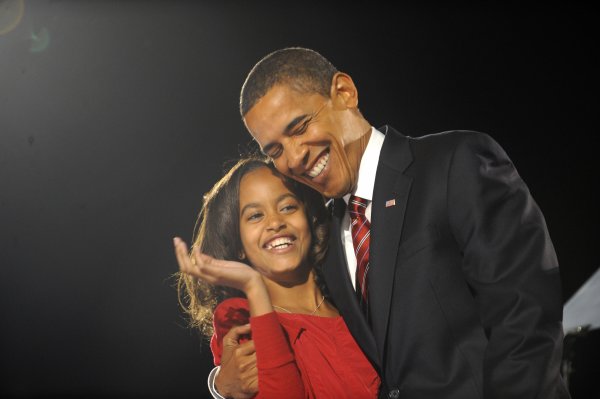 Barack Obama Recalls Dropping Malia Off at College
Next Up: Editor's Pick