Donald Trump’s love for coal is hardly secret. As a candidate, he promised to make coal great again and end a supposed “war on coal” from Obama-era regulations that favored natural gas and renewables.

At first, electric utilities and the oil and gas industry were supportive, seeing the deregulation as an opportunity for them too.

But in recent weeks concern has grown that the Trump Administration may be going too far with two proposals: a rule propping up coal suggested by the Department of Energy last week and the proposal to repeal the Clean Power Plan without a replacement which leaked to press this week.

At the heart of the dispute is the reality that the Trump Administration can’t simply bring back the coal industry by undoing regulations.

“The coal industry has been sick for awhile,” says Brendan Collins, an environmental lawyer at the firm Ballard Spahr. “The thermal coal industry is much closer to needing Dr. Frankenstein’s services than a general practitioner’s services.”

But tipping the scale in favor of coal means hurting the oil and gas industry, which competes with coal as a source of electricity. That in part explains why a proposal introduced last week by Energy Secretary Rick Perry received swift condemnation across the board.

In a letter, Perry called for new regulation to ensure companies operating power plants that can store 90 days of fuel onsite (essentially, coal-fired and nuclear power plants) receive payment for the electricity they produce — even if it is too expensive to compete in the open market. Perry framed the issue as a national security issue that will keep the electric grid up and running in the event of severe weather events or national emergencies.

But many outside experts believe that argument falls flat and amounts to direct government intervention in the market. Jon Wellinghoff, who chaired the Federal Energy Regulatory Commission (FERC), said the move would “blow the market up,” according to a Utility Dive report. Ultimately, FERC, an independent federal agency with oversight authority over U.S. electric , will decide and observers already see skepticism in the agency’s initial response.

“The battle lines are being drawn,” says Mark Dyson, a researcher who studies the electricity grid at the Rocky Mountain Institute. “It’s pretty clear who this would advantage.”

The effort builds on another attempt by Perry to aid the coal industry with a study evaluating whether the rapid deployment of renewables and natural gas pose a threat to the grid. By most analyses of the final document, the study shows that they do not, but Perry has since suggested otherwise.

Meanwhile, on the other side of the National Mall, Trump’s Environmental Protection Agency is expected to announce a repeal of the Clean Power Plan — an Obama-era measure that would have fought climate change by pushing coal out of the power sector — as soon as this week without introducing a replacement.

Trump’s order to reevaluate the rule earlier this year was met with widespread approval by utilities and energy companies (with the obvious exception of renewables like wind and solar), but some utility companies remain concerned that the Administration has no specific plan to replace it.

The Supreme Court has previously found that the EPA must regulate carbon dioxide to address climate change and repealing the Clean Power Plan without a replacement significant uncertainty in an industry where investments made today need to last decades.

“As EPA moves to repeal the current Clean Power Plan we have been supportive of the need to also move forward with a replacement rule,” said Jeff Ostermayer, spokesman for the Edison Electric Institute, according to a report in the Hill.

Ultimately, however, skepticism remains about whether any of Trump’s moves can actually move the market. Data from the Energy Information Administration shows the Clean Power Plan repeal stopping a massive decline in electricity from coal-fired power plants, but not reversing the last decades losses for the industry.

Indeed, on the other side, coal industry leaders have praised the administration’s moves on their behalf but demand more. In particular, many have called on EPA Administrator Scott Pruitt to take on the endangerment finding — the scientific document that underpins the agency’s carbon dioxide regulation. 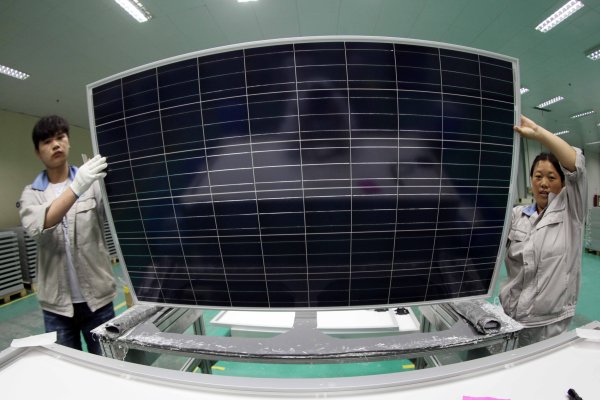