Everything To Know About Google's New Pixel 2 Smartphone

Google on Wednesday announced the Google Pixel 2, which comes in either 5-inch or 6-inch screen size options. The smaller Pixel 2 will start at $649, while the Pixel XL begins at $849. Both phones are immediately available for preorder and will be available through Verizon and Google’s online store.

The new Pixel includes an organic light emitting diode screen, (OLED), just like Apple’s iPhone X and Samsung’s Galaxy phones. Both Pixel 2 phones are water and dust resistant and the screen now occupies more space on the front of the phone. The smaller phone will be available in blue, black and white, while the larger model comes in black and white options. For a limited time, Google will also be including a Home Mini speaker with Pixel 2 purchases.

Google focused on improving the user interface with its new Pixel phones. Both devices now have an always-on display that shows the time and date when the screen is turned off, similar to Samsung’s Galaxy phones. A new feature called Active Edge makes it possible to squeeze the sides of the phone to summon the Google Assistant — it means you can activate Google’s voice helper without speaking or pressing a button.

The home screen has also been slightly changed: There’s a new section that shows upcoming events at the top of the home screen, for example, and the search box has been moved to the bottom of the display.

The camera includes a 12-megapixel sensor with optical image stabilization and can provide high dynamic range even in low light conditions, Google says. There’s also a new Portrait Mode, which slightly blurs a photo’s background to make the foreground pop. But Google does it a bit differently: Instead of using two cameras like Apple’s newer iPhones, the Pixel 2 uses machine learning to apply depth effects to images. Portrait Mode works on the front-facing camera as well. Google is also adding a new feature that captures a few seconds of video to add motion to photos, just like Apple’s Live Photos feature.

The company noted that its new phones have been optimized for augmented reality. Google showcased its new augmented reality stickers on stage, which place three-dimensional characters into a user’s surroundings through the phone’s camera. Google will be working with partners on sticker packs that are themed after certain TV shows, like Stranger Things and Saturday Night Live.

Google is also previewing its new Google Lens feature on the Pixel, which it first announced at Google I/O. With Lens, users can point the Pixel’s camera at specific objects to receive more information. Waving the camera over a book cover, for example, may pull up reviews for that title.

The phones also offer fast charging and include 64GB of storage space. 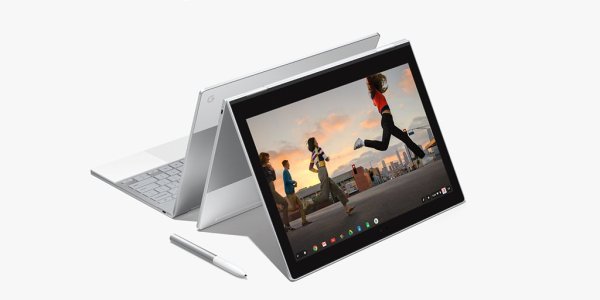