ISIS Claimed the Las Vegas Shooter as a 'Soldier.' Experts Are Skeptical.

The Islamic State claimed that one of its supporters carried out the lethal mass shooting in Las Vegas on Monday but offered no evidence of its involvement, prompting questions of credibility for the jihadi group as it suffers a series of catastrophic losses on the battlefields of Iraq and Syria.

The claim came in a pair of messages issued by ISIS’ official propaganda wing, Amaq, which identified the attacker as one of its “soldiers.” In a rare follow-up message, the agency claimed that the shooter had converted to Islam months before the shooting, which killed at least 58 people and injured some 500 others, making it the deadliest in recent U.S. history.

Las Vegas police identified the shooter earlier on Monday as a 64-year-old man named Stephen Paddock from Mesquite, Nevada. Both the FBI and Las Vegas Sheriff Joseph Lombardo told reporters that there was no sign of a connection between the gunman and any terror group. “We have no idea what his belief system was,” Lombardo was quoted as saying.

Amaq’s dispatch on the Last Vegas shooting introduced a degree of distance in its claims, attributing the information to an unnamed “security source.” According to analysts tracking ISIS propaganda, the second message identifying Paddock as a Muslim convert was unusual for claims from ISIS.

“It’s almost defensive, anticipating that people will pick the claim to pieces when presumably, if it was true, this would come to light naturally. It leaves me thinking this is a particularly fishy communication,” says Charlie Winter, a senior research fellow at the International Centre for the Study of Radicalisation and Political Violence in London.

“It’s not totally impossible that a 64-year-old white guy from Mesquite is an ISIS supporter, but it’s pushing the envelope pretty hard,” said extremism analyst J.M. Berger, in a tweet.

Paddock was also found dead apparently by his own hand following the attack. Experts noted that Islamic State fighters typically seek martyrdom, rather than take their own lives on the “battlefield.”

The announcement on Monday was the latest in a series of claims by ISIS that have been called into question or proven false. In March the group claimed responsibility for the melee on Westminster Bridge in London without offering evidence. In May ISIS claimed as its own the lethal bombing of an Ariane Grande concert in Manchester in the United Kingdom, but the organization’s statement included factual errors that suggested a possible breakdown in its propaganda machinery.

ISIS’ false claims continued in June when the extremists said they had been behind an attack on a casino in Manila that left dozens of people dead—the attacker was later identified as a former Finance Department employee who owed tens of thousands of dollars in gambling debts. In August, ISIS claimed responsibility for the vehicle rampage on Barcelona’s iconic Las Ramblas boulevard, but falsely stated that there had also been an attack on a bar following the initial killing.

This string of claims comes as the Islamic State is preparing to make its last stand as a conventional land army in Iraq and Syria. Its forces are surrounded in its onetime capital in the Syrian city of Raqqa, and in July the group was defeated in the Iraqi city of Mosul following nine months of intense urban fighting. The group is widely predicted to return to its roots as an insurgency that continues to stage attacks but holds little or no territory.

Analysts say ISIS’ propaganda is directed in large part at its followers and potential recruits around the world. Following a devastating series of defeats, analysts say the group could also be attempting to reassert an image of potency through any means necessary — including by false claims.

“We can say that it isn’t true. We can prove that it isn’t true. But for Islamic State supporters, for bona fide card-carrying members of the group who are scrounging around looking around for anything that’ll show them they’re on the right path still after their group has lost most of its territory,” says Winter, “They’ll believe what they want to believe, they’ll believe that this is true.” 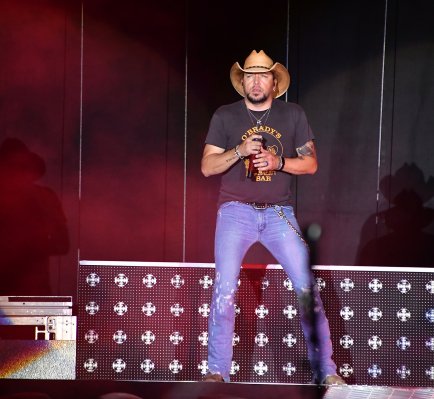