No, A Super Volcano Is Not About To Erupt In Yellowstone

Yellowstone National Park dismissed claims Friday that a super-volcano located underneath the park would erupt soon. A YouTube video showing bison running away from the park sparked rumors that the animals were attempting to avoid an eruption.

The rumors began swirling following a 4.8 magnitude earthquake, which occurred on Sunday in the northwest section of Yellowstone, Reuters reports. The quake was the largest to strike the park since 1980, which led people to believe the volcano, which has a 50 foot long and 30 mile wide mouth, could be erupting sooner than the thousands of years it had been predicted to lie dormant.

But scientists have said the possibility of the volcano erupting is slim. “The chance of that happening in our lifetimes is exceedingly insignificant,” Peter Cervelli, a scientist with the Yellowstone Volcano Observatory, told Reuters.

As for the galloping bison, Yellowstone spokesperson Amy Bartlett said they were simply running deeper into the park. “It was a spring-like day and they were frisky. Contrary to online reports, it’s a natural occurrence and not the end of the world,” Bartlett said. 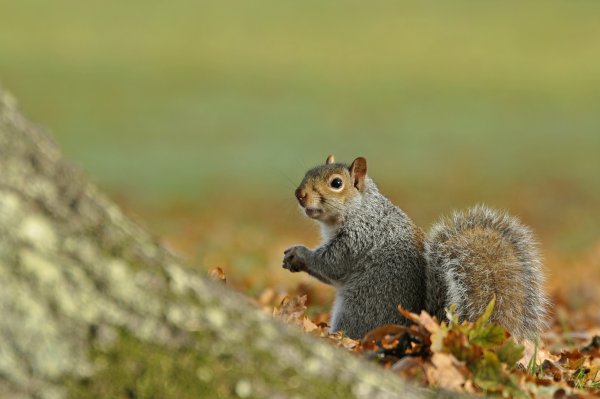