While desperate American citizens in Puerto Rico and the U.S. Virgin Islands begin the second week without sufficient sources of clean water, food and medical supplies or the power needed to provide and distribute those necessities, Donald Trump and his administration should stop patting themselves on the back and start thinking about how they might make up for failing to act days ago. Three simple steps — one immediate, one shorter term and one longer term — should be undertaken now to relieve further suffering and to assure a more resilient future.

Along with the Navy’s hospital ship, the USNS Comfort, which should have been ordered underway far sooner, this Administration should immediately deploy one of our amphibious ships, loaded with Marines and expeditionary energy systems. A three-ship amphibious ready group is homeported not far from these islands at Naval Station Mayport in Jacksonville, Florida. Options include:

All but the last are programs of record that the Marines used effectively even under the stress of combat, including in Afghanistan. The water purification unit has been tested and is ready for trial deployment. They should be put in use today to relieve immediate suffering from the horrific hurricanes experienced thus far this season. While the systems could be flown in, having the Marines on hand to assist in demonstrating how they work would pay dividends far beyond just providing expeditionary power.

Next, the Department of Homeland Security/FEMA should use the Defense Production Act (DPA) to purchase more such systems for the people of Puerto Rico and the U.S. Virgin Islands, and to stockpile such systems for future catastrophes.

The authority under DPA has been around since 1950, and it enables the Department of Defense and select other Federal Agencies, such as DHS/FEMA, to provide financial incentives and assistance for U.S. industry to expand productive capacity and supply needed for national defense purposes. DHS/FEMA has used the DPA authority before, to support rebuilding efforts in areas impacted by Hurricane Katrina in 2005. Now it should be used to expand the number of systems that can be delivered to the ravaged Caribbean and to replenish these systems for U.S. Marine Corps use in other areas.

Finally, we must accept what science and our own eyes tell us. It should be sufficiently clear by now that climate change is a national security issue. Climate change is real, and we not only play a role in creating it, we must now play a major role in mitigating its impacts. What were once deemed storms that would occur only every 100 years are happening far more frequently and with far more intensity.

That requires us to change our thinking and rebuild, so that our communities are more resilient and more sustainable, instead of simply attempting to recreate what we had, even though we’ve seen how fragile it truly is.

Distributing electricity through two-poles-and-a-wire is a 19th-century system that clearly no longer serves us. We must aggressively replace it with more innovative approaches, alternative sources, distributed power systems and increased reliance on generating power closer to where we are, instead of relying on far-away sources requiring days and miles to reach consumers.

Innovative thinking will not only more quickly relieve the suffering of our fellow citizens, but these islands, through their own resilience, can show the rest of us a truly sustainable path forward. 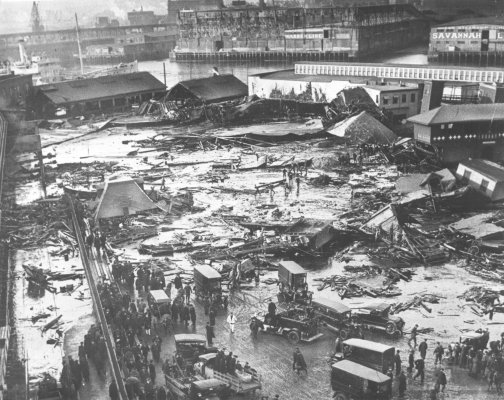