Why So Many People Believe Conspiracy Theories

William of Occam would have hated conspiracy theories. A 14th-century philosopher and Franciscan friar, William is celebrated for developing the “law of parsimony,” better known today as “Occam’s razor.” According to the razor principle, the simplest explanation for an event is almost always the best; shave away any extraneous assumptions, and what you’ve got left is usually the truth.

That’s not exactly the way conspiracy theorists think. Either Barack Obama was actually born in Hawaii, or an international plot unfolded over multiple decades to conceal his Kenyan birthplace and install him in the presidency. Either vaccines are safe and effective, or every major hospital and health organization in the world is covering up the fact that they actually cause autism. Never mind the razor — conspiracy theories are nothing but extraneous assumptions.

The question is, Why do so many people believe in them? Why do even the most preposterous theories — the Nazis survived but they fled to the moon; the world is secretly being run by a reptilian elite — have fiercely loyal adherents? There are nearly as many explanations for conspiracy theories as there are theories themselves, but some patterns do appear again and again.

The most common theories are the ones that follow the eddies of politics. As a broad rule, a party or group that’s out of power will be more inclined to believe in conspiracies than a group that’s in power.

“Conspiracy theories are for losers,” says Joseph Uscinski, associate professor of political science at the University of Miami and co-author of the 2014 book American Conspiracy Theories. Uscinski stresses that he uses the term literally, not pejoratively. “People who have lost an election, money or influence look for something to explain that loss.”

So consistent and predictable is this phenomenon that in the U.S. at least, leading conspiracy theories flip almost the moment the presidency does. When Bill Clinton was President, the principle conspiracy tales involved stories of Clintonian cocaine dealing in Arkansas and the alleged murder of Presidential friend and confidante Vince Foster. Once George W. Bush took over, so too did new conspiracy fables, this time involving Vice President Dick Cheney, Halliburton energy and the Blackwater protection company masterminding the Iraq war in order to seize the nation’s oil.

Certainly, not all disgruntled members of the out-party believe or traffic in the prevailing conspiracy tales. A lot also depends on demographics, with belief in the theories generally inversely related to education and wealth. One survey showed that about 42% of people without a high school education believe in at least one conspiracy theory, compared to 23% of people with a post-graduate degree. A 2017 study found a household income average of $47,193 among people who were inclined to believe in conspiracy theories and $63,824 among those who weren’t.

“In this case, conspiracy theories can be like emotional poultices,” says Joseph Parent, a professor of political science at Notre Dame University and Uscinski’s co-author. “You don’t want to blame yourself for things you may lack, so you blame anonymous forces instead.”

Just as important in fostering conspiracies is a desire to be special or different — and that’s a need that cuts across demographic lines. In a study published in May 2017 in the European Journal of Social Psychology, provocatively titled “Too Special to Be Duped,” subjects either took a survey designed to measure their desire for uniqueness or wrote an essay on the importance of independent thought. By significant margins, those who tested high on the need to be special or were primed to feel that way by writing the essay were also more inclined to believe in various conspiracy theories.

“A small part in motivating the endorsement of…irrational beliefs,” the researchers wrote, “is the desire to stick out from the crowd.”

That partly explains why evidence that refutes the theories rarely changes any conspiracy theorists’ minds, since surrendering the belief means surrendering the specialness too. When President Obama tried to put a stop to the rumors about where he was born by releasing his short form birth certificate, the conspiracy mongers demanded the long form. When he released that, they insisted that it had to be a forgery. “They just move the goal posts,” says Uscinski.

In some cases, the very nonsense of conspiracy theories may actually be an attempt to make the world make more sense. After a national trauma — the assassination of President Kennedy, say — something called the “proportionality bias” may take hold, as the mind recoils at the idea of small causes leading to such massive effects. So the fiction of a CIA or Mafia conspiracy takes the place of a lone gunman who was able to get to the President. The more people who join the circle of believers, the less likely any one of them is to break away.

That indelibility is a problem. Nattering on about a reptilian elite may cost you dinner party invitations, but apart from that, it doesn’t do anyone any harm. But if you buy into the fables about dangerous vaccines, you’re less likely to vaccinate your own children, and that can be deadly.

Recent research suggests that the worst way to change the minds of the conspiracy crowd is to criticize or, worse, mock their beliefs. That only puts them on the defensive, making them less rather than more likely to change their minds. What may work better is non-judgmentally discussing the consequences of believing in conspiracy theories. In the case of vaccines, that can mean showing parents pictures of children with measles, or describing the deadly effects of preventable diseases.

Intervening early with facts can also make a difference. Children who learn the science behind vaccines or global warming are less likely to believe in conspiracies when they encounter them later in life. Catch the conspiracy bug first, and the infection can be hard to cure with even the heftiest later doses of science.

Ultimately, the human mind is a free and often irrational agent, and people will believe what they want to believe. Believing the truth may not be as much fun as believing the fables, but it makes for a better mind — and a better culture, too. 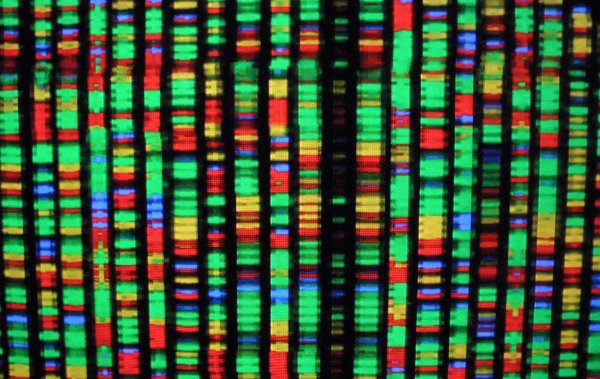