Oakland Raiders running back Marshawn Lynch was surrounded and covered by team staffers as he sat during the national anthem. He was the only player sitting during the Star Spangled Banner and no photo opportunities were allowed, according to Michael Gehlken of the Las Vegas Review-Journal.

Lynch arrived at the game wearing a T-shirt that said “Everybody vs. Trump.” The demonstration comes just one week after President Trump called for players to stand during the national anthem or risk getting fired.

Lynch has consistently sat during the national anthem instead of kneeling.

The Raiders are playing the Broncos, who all stood for the anthem. 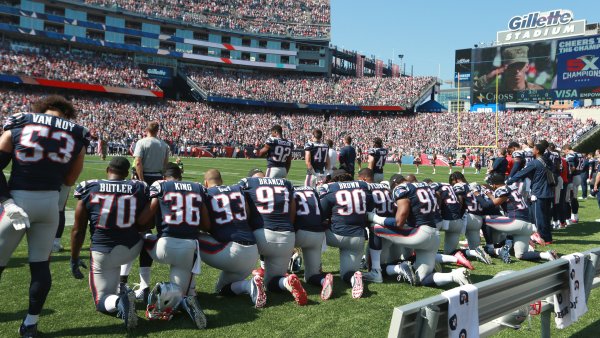